Designed by Robert Dudley Best and crafted by Gubi, the black and chrome Bestlite BL6 Wall Light remains an example of elegant design that adds a stylish touch to an interior.

A complimentary click and collect service, perfect for those living, working or just stopping by the vicinity of our Chelsea or Marylebone stores. Regrettably, this service is not available for larger furniture orders.
Gubi Robert Dudley Best Gubi Lighting Collection
Skip to the end of the images gallery 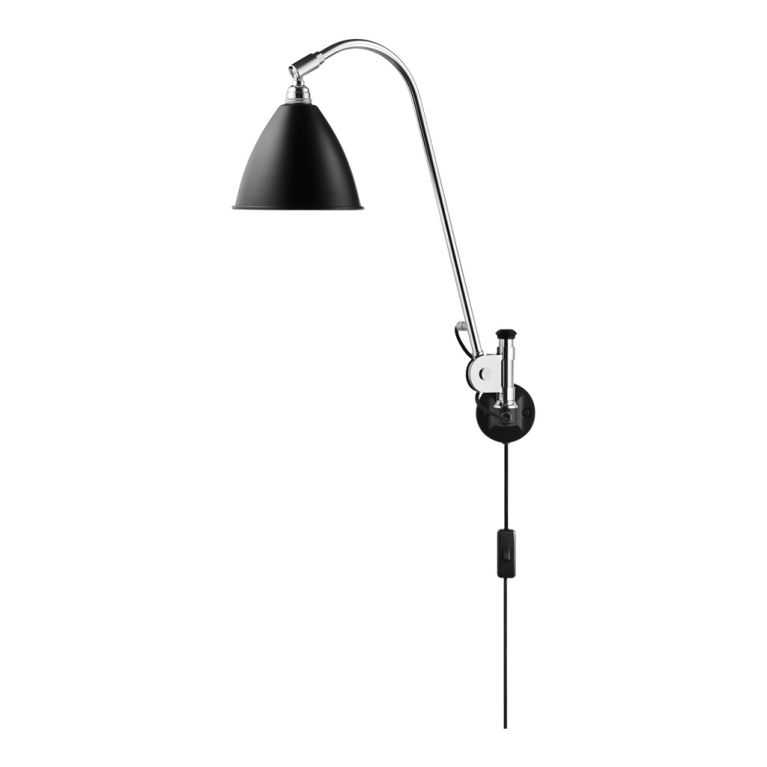 Designed by Robert Dudley Best and crafted by Gubi, the black and chrome Bestlite BL6 Wall Light remains an example of elegant design that adds a stylish touch to an interior.

The space saving and versatile wall light comes in chrome with a wide off-white metal shade with a fully adjustable arm and shade. The origin of the Bestlite stems from a period of revolutionary change known as Bauhaus which was a rebellion against tradition and sought to bring simplicity to the forefront.

English designer Robert Dudley Best drew the first sketches of the light that would be proclaimed as the first Bauhaus manifestation in England during 1930 while studying in Paris and Dussledorf. The light was initially favoured by car mechanics on account of its adjustability; however the swan-necked lamp entered the nation's consciousness when it was pictured on Winston Churchill's desk in his air-raid shelter beneath Whitehall during World War II.

First produced by the manufacturing firm Best & Lloyd founded by Best's family in 1840 in 2004 the Danish design firm GUBI took over the international rights for the Bestlite collection. Best  is now recognised as one of the great English designers of the 20th century and the BestLite remains an elegant testimony to his work.