Robert Dudley Best for Gubi
Add to Wishlist
£204.00 £240.00
-15%
Designed by Robert Dudley Best and crafted by Gubi, the light grey and brass Bestlite BL9 Pendant Light remains an example of elegant design that adds a stylish touch to an interior. Read More
Ready to Deliver in 2 - 4 weeks

Let us do the lifting. With our two-person furniture delivery service from £60, door-to-door tracked delivery from just £5.95, and international shipping to over 70 countries, we are here for all. For international deliveries, please use our helpful estimation tool just to the left, but please note, these estimates are subject to change, and additional charges may apply. If you're ordering furniture, we will contact you with a delivery time slot, which you then have the option to change to whenever best suits you. For all other deliveries, we'll provide you with a tracking number so you can follow your order's journey from us, to you.

A complimentary click and collect service, perfect for those living, working or just stopping by the vicinity of our Chelsea or Marylebone stores. Regrettably, this service is not available for larger furniture orders.
Gubi Robert Dudley Best Pendants Gubi Lighting Collection
Skip to the end of the images gallery 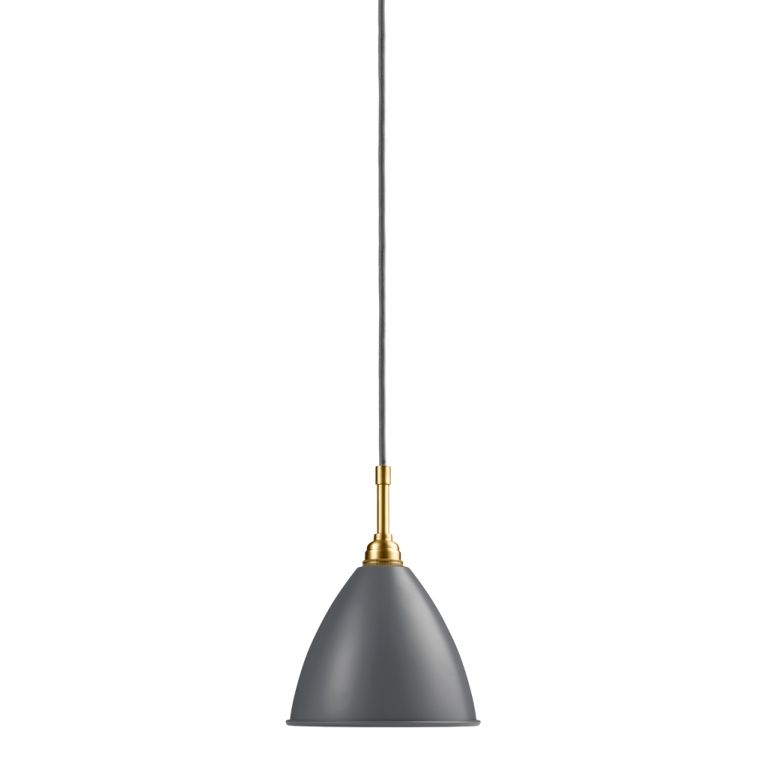 Designed by Robert Dudley Best and crafted by Gubi, the light grey and brass Bestlite BL9 Pendant Light remains an example of elegant design that adds a stylish touch to an interior.