Charles and Ray Eames for Vitra
Add to Wishlist
£159.00

The Eames House Bird is crafted from black lacquered alder wood and is a re-edition from Vitra of one of Charles and Ray Eames’s own possessions.

A complimentary click and collect service, perfect for those living, working or just stopping by the vicinity of our Chelsea or Marylebone stores. Regrettably, this service is not available for larger furniture orders.
Vitra Charles and Ray Eames Decorative Accessories Gifts for the Home Iconic Designs Quick Ship
Skip to the end of the images gallery 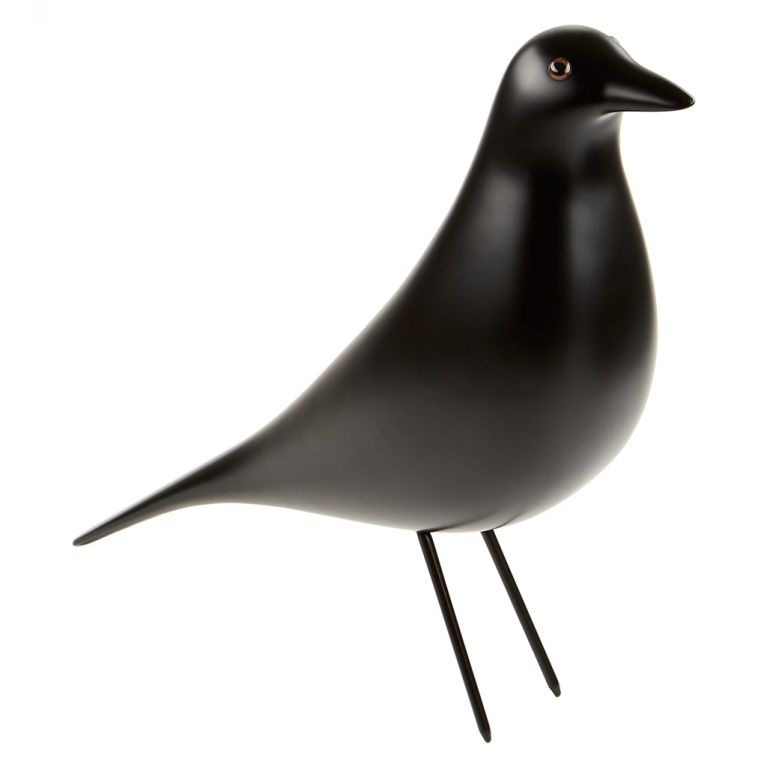 The Eames House Bird is crafted from black lacquered alder wood and is a re-edition from Vitra of one of Charles and Ray Eames’s own possessions.

The Eames house, Charles and Ray’s personal residence, was an emporium of great design and novelty objects. The House Bird was originally sculpted by Charles Perdew in the early 1900s and would have been used as a crow decoy.

The designers most likely discovered this bird sculpture on their travels throughout the 1940s. Charles and Ray were said to be fascinated by the pure expression of this handcrafted bird and brought it home, and for over fifty years the wooden bird has stood in the centre of the living space.

This highly treasured artefact of American folk art is now available to own as a re-edition from Vitra, and would lend a touch of design history to your interior.