Greta Grossman for Gubi
Add to Wishlist
from £582.00 £685.00
-15%
The unmistakable silhouette of Gretta Grossman’s Gräshoppa Floor Lamp for Gubi ensures it remains an icon of mid-twentieth century design. Read More
Ready to Deliver in 2 - 4 weeks

A complimentary click and collect service, perfect for those living, working or just stopping by the vicinity of our Chelsea or Marylebone stores.
Gubi Nordic & Scandinavian Designs Standard & Floor Lights Standard & Floor In Stock Iconic Designs Gräshoppa Lighting Collection Office Lighting
Skip to the end of the images gallery 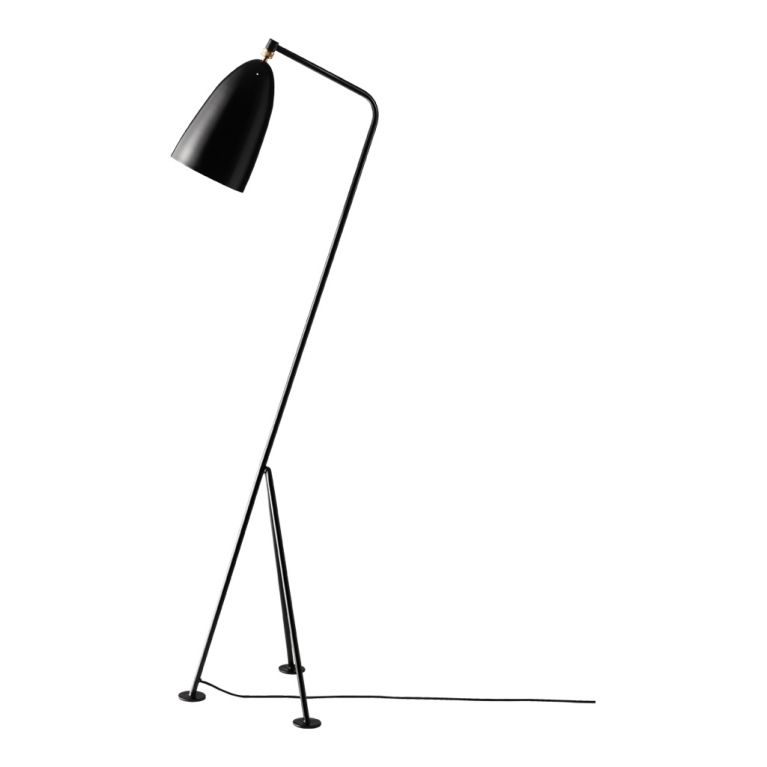 The unmistakable silhouette of Gretta Grossman’s Gräshoppa Floor Lamp for Gubi ensures it remains an icon of mid-twentieth century design.

The unique form of the Gräshoppa Lamp resembles the insect it is named after as its tubular steel tripod base stands at an angle, giving the impression of a grasshopper stalking its prey. The lamp is finished with a conical shade crafted from powder-coated steel and accented with a rotating brass fitting that allows you to create targeted lighting with minimum glare.

Created in 1947 by the Swedish-born and California-based designer, the lamp is heavily influenced by European modernism. Inspired by designers such as Ludwig Mies van der Rohe and Walter Gropius, Grossman herself was a pioneer in shaping the aesthetic of mid-century North American modernism.