Galerie Maeght
Add to Wishlist
£55.00
A reproduction of an original poster from a Galerie Maeght exhibition, the ‘Tahiti’ Poster was designed by celebrated artist Henri Matisse. Read More
In Stock

A complimentary click and collect service, perfect for those living, working or just stopping by the vicinity of our Chelsea or Marylebone stores. Regrettably, this service is not available for larger furniture orders.
Galerie Maeght
Skip to the end of the images gallery 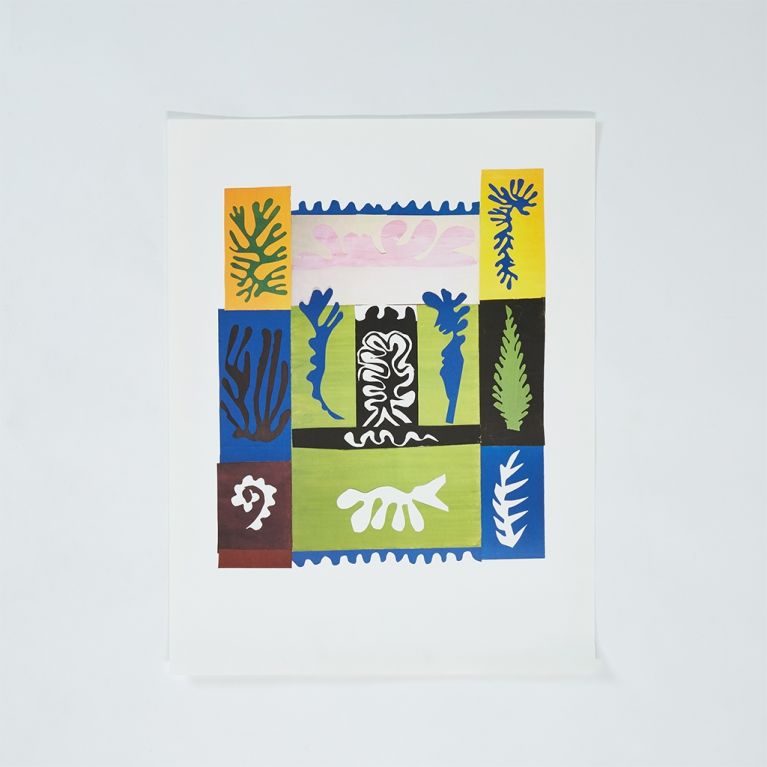 A reproduction of an original poster from a Galerie Maeght exhibition, the ‘Tahiti’ Poster was designed by celebrated artist Henri Matisse.

This high-quality collectable lithograph print has been re-released from the archives of Galerie Maeght and depicts one of Matisse’s instantly recognisable cut-out artworks named ‘Tahiti’.

A 20th-century master and a pioneer of modernist artistic perception, Henri Matisse is widely viewed as a virtuoso of multimedia and remains renowned for his Fauvist and cut-out works. Matisse’s work increasingly featured cut-outs during the latter years of his life, using a pair of scissors to transform paper into a vibrant landscape.

Receive 10% off your first order and be the first to hear about the latest news, events and product launches directly from the home of iconic designs and future classics.