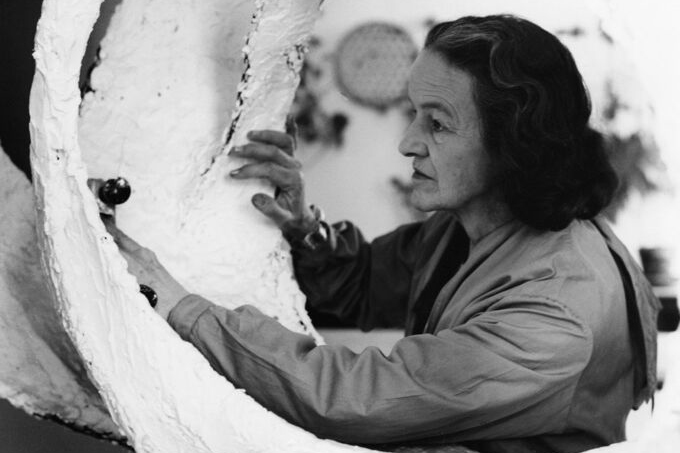 The Tate Britain’s ‘Sculpture for a Modern World’ is London’s first major Barbara Hepworth show since 1968.

Regarded as one of the most important artists of recent times, Hepworth’s abstract sculpture is an instantly recognisable symbol of 20th century modernism. The curation includes over one hundred of Hepworth’s most iconic pieces, uniting her signature ‘sculptural anatomies’ with never-before-seen personal photographs. The lucky viewer is offered a rare glimpse into the private life of the artist: an insight into Hepworth’s home, studio and her relationship with her craft.

Displaying her carved totems, standing stones and hollowed ovoids strung as if musical instruments, this show is a true celebration of the spirit and aesthetic of the sculptor who came to prominence with the St Ives artist collective. When residing at the Cornish coast during the Second World War, Hepworth found contemporaries in Ben Nicholson, Noam Gabo and Peter Lanyon to name but a few.

Hepworth once described her art as “fundamental shapes which speak at all times and periods in the language of sculpture.” This retrospective showcases just that, with pieces that are so organic, fluid and which possess a timeless sense of grace. Intertwined with the compelling photograph collection, ‘Sculpture for a Modern World’ offers a new way of thinking about the life and work of Hepworth, and is a must-see exhibition before it closes its doors in October.