At The Conran Shop, we take pride in celebrating good design, whether its creator is female, male, up-and-coming, or established. To celebrate International Women’s Day 2018, we put the spotlight on the innovative, iconic and often under-credited women of design throughout history, whose impact on the world of furniture, lighting and living still resonates today.

“The extension of the art of dwelling is the art of living - living in harmony with man's deepest drives and with his adopted and fabricated environment.”

With a career that spanned 75 years, Charlotte Perriand can easily be considered one of France’s most influential designers, with an array of iconic furniture, lighting and architectural works to her name. However, the career path she carved out was far from simple, having to navigate obstacles from the very beginning. Famously refused a job at Le Corbusier’s studio, receiving the renowned retort “we don’t embroider cushions here”, Perriand’s design prowess was initially overlooked; it was only when she exhibited her innovative ‘Bar in the Attic’ installation at Salon d'Automne that she was able to convince Le Corbusier of her talent, resulting in an offer of a position at his studio, where she started work straight away on casiers storage systems, metal chairs and tables.

Until recent years, Charlotte Perriand remained widely uncredited for her work with Le Corbusier. Describing the collective work ethic of herself, Pierre Jeanneret and Le Corbusier as “three fingers on one hand”, the trio’s designs were highly collaborative – however, until Cassina reissued many of the group’s most iconic pieces, both Perriand and Jeanneret were denied co-authorship and pieces were generally credited to Le Corbusier only.

After working alongside Jeanneret and Le Corbusier, Perriand worked alongside Jean Prouvé, with the war’s presence focusing their design on military barracks furnishings for temporary housing. She travelled to Japan in 1940, discovering a renewed love of raw materials while working as an official advisor for industrial design. Perriand remained in Japan and Vietnam while WWII raged on, as her return to France was prevented by German occupation. She rejoined Le Corbusier and Jeanneret on her return in 1950, famously creating the radical Unité d'Habitation with them; a project that transformed and unified the post-war home, Perriand integrated the kitchen and living space, separating them only with a high counter. A self-titled revolutionary creation, Perriand took pride in that the layout “allowed the mistress of the house to be with her family and friends while she was cooking. Gone were the days when a woman was completely isolated like a slave at the northern end of a corridor.”

Aalto’s name is undeniably synonymous with good design, though it is rarely attributed to Aino’s achievements, instead being more readily linked to her husband, Alvar. The pair began working together in 1924 and were married a year later, marking the start of a lifetime of collaborative design that would etch out its own radical path in modernism.

The Aaltos co-founded the globally influential company Artek, together with Maire Gullichsen and Nils-Gustav Hahl, which strove towards a social mission that extended well beyond furniture to blend art and technology, and improve everyday living.

Aino Aalto held an integral role in the company, serving as its Design Director and, from 1941, its Managing Director. Aino’s influence spanned the whole of Artek; she lead its interior design department, known as the Drawing Office, shaping the company’s aesthetic direction throughout each of its categories and allowing the realisation of its company manifesto.

Lilly Reich is not a name well-renowned in design circles, despite the fact she opened her own studio at the age of 29, held the position of the first female director of the Deutsche Werkbund in 1920, and was Ludwig Mies van der Rohe’s personal and professional partner for 13 years.

It is Reich’s collaboration with Mies van der Rohe that has seen her least credited; it is said by scholar Christiane Lange that the pair "exchanged artistic ideas constantly", and openly collaborated on furniture, exhibition and interior design - though few designs credit her, instead solely listing Mies van der Rohe. In 1929, Reich was made the Artistic Director for the German contribution to the Barcelona World Exposition, where the world-famous Barcelona Pavilion project and eponymous chair were unveiled, both of which she had collaborated on and co-designed.

In 1932, Reich began teaching at the Bauhaus and started to direct its interior design workshop. However, just a year later, the school was shut down owing to Nazi occupation, which cut her teaching career tragically short. She remained in occupied Germany, which profoundly hindered her career, but she managed to save the records of her own and Mies van der Rohe’s designs from certain destruction, packing up 3900 papers and transporting them to a friend’s home in East Germany for safekeeping. Before Mies van der Rohe died in 1969, he donated the entire unscathed collection to New York’s Museum of Modern Art, where they remain to this day.

“Anything I can do, Ray can do better” - Charles Eames

Ray Eames is one of the most prolific creators in modern design, and when talking about women in the field, she cannot go unmentioned. The famous partnership between Ray and her husband and collaborator Charles Eames is one that had an enormous impact on the development of modern design, spanning architecture, furniture and industrial design, manufacturing and the photographic arts.

Ray’s name can now be seen credited on most of the pair’s most iconic designs, a rare example of couple’s co-authorship; previously however, many pieces that they originally designed together were attributed to Charles only when entered into competitions such as the 1948 Low-Cost Furniture Design at New York’s MoMA.

Renowned for their highly collaborative partnership, the pair famously developed new designs in moulded plywood and plastics, creating such distinctive silhouettes as the ‘Eiffel’ based DKW chair and the signature Eames Lounge Chair.

With early training in painting and sculpture, Ray’s abstract artwork became the core inspiration for the couple’s shared visual language. In particular, her graceful plywood sculptures served as the original aesthetic groundwork for the now iconic chair series. Using her acquired knowledge of creating seemingly impossible biomorphic sculptures from plywood, Ray remained behind while Charles went away to work to develop and prototype the plywood chair process herself. Architecture historian Esther McCoy reveals, “Los Angeles proved to be a perfect choice because [Ray was] close to the aircraft industry, which furnished her materials for building moulds for the chairs.”

Eames graphic and commercial artwork were all created by Ray, designing 26 cover designs for the Arts & Architecture magazine, while her bold geometric textile designs are still popular today, and are produced by Maharam almost 70 years later.

“I needed a piece of furniture, it was not there so I designed it” – Florence Knoll

One of the rare women in design to have arguably more recognition that her male counterpart is Florence Knoll.

After approaching Hans Knoll with her already established plethora of knowledge and skill acquired at the Cranbrook Academy of Art, studying under Rachel de Wolfe Raseman, the Saarinens and Mies van der Rohe, the pair married and founded Knoll, with Florence taking the role of design director.

After Hans Knoll’s untimely death, Florence took over the company, designing dozens of pieces that now hold iconic status and remaining at the helm of the company until the 1960s. Last year, in 2017, Florence celebrated her 100th birthday; read our tribute to the First Lady of Furniture here.

You can find designs by these incomparable women and many other inspirational designers online and in-store at The Conran Shop. Stay tuned for the next piece in our International Women’s Day series, which looks to the future at the next generation of great female designers. 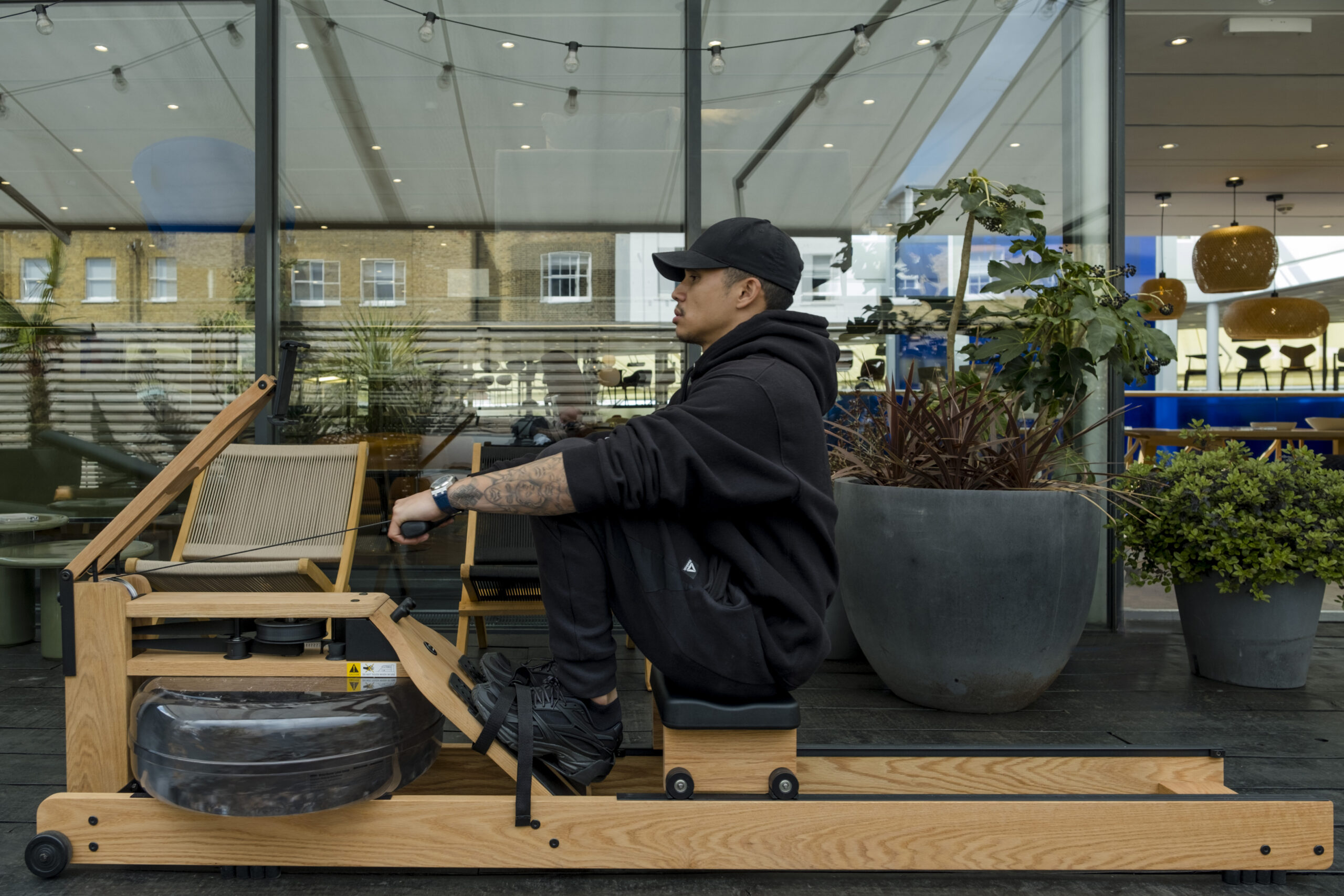 Following our WaterRower event last weekend on the Marylebone Terrace, we discuss all things fitness with personal trainer, wellness expert and Be the Fittest founder Tyrone Brennand, to discover the best way to live a healthy modern lifestyle. The May Bank Holiday saw The Conran Shop's Marylebone Terrace graced with the best that health and wellness have [...] 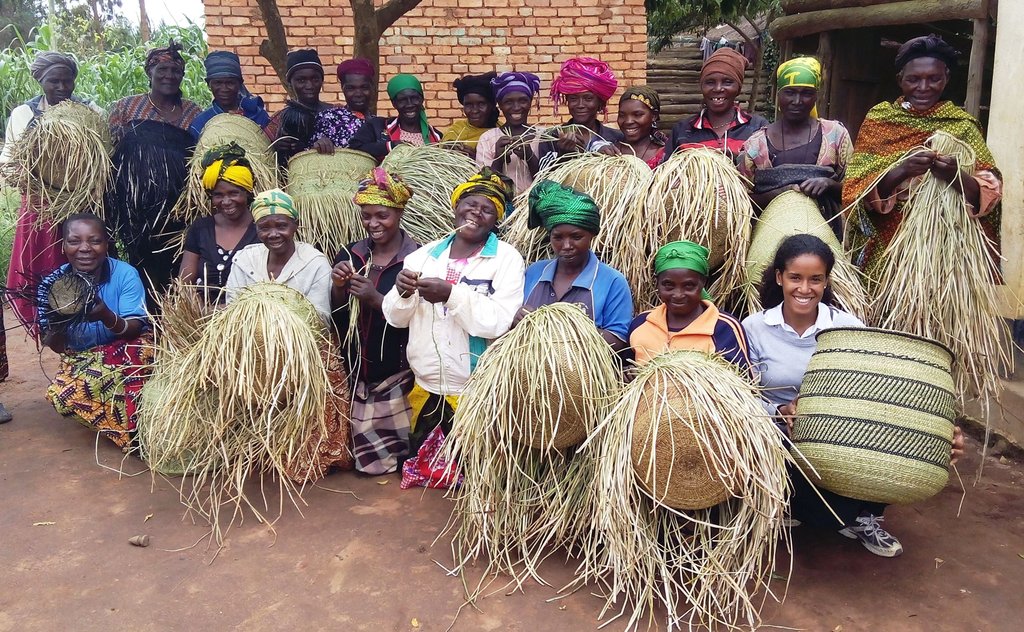 Marked annually on 8th March, International Women's Day has been celebrated worldwide for over a century, with the first official gathering held in 1911. The theme for 2021 is 'Choose to Challenge,' with the idea that "A challenged world is an alert world and from challenge comes change." To celebrate this most-important cause, we highlight [...]

It is with great sadness that we can confirm the passing of our founder and pioneer, Sir Terence Conran. Sir Terence was a trailblazing innovator, a celebrated architect, designer, restaurateur and writer. Revered all over the world, he was a great British success story and was at the forefront of ushering in a bold new [...]