This summer, explore how life imitates art and vice versa with the Living in a Box: Design and Comics exhibition at Vitra's Design Museum in the German town of Weil am Rhein.

Hosted in one of the world's leading design museums, Living In A Box is curated by Erika Pinner and delves deep into the symbiotic relationship between comics and design.

It might surprise spectators to spot some of Vitra and Knoll's most covetable pieces featured in comic strips, and the exhibition explores this notion even further by asking not only “which role does iconic furniture play in comics?” but also “in which ways did designers take inspiration from comics?".

The perspective-challenging Taccia Lamp from Flos can be seen in Angela and Luciana Giussani’s Diabolik illustrations, the globally celebrated Barcelona and Wassily Chairs from Knoll stun a character in Asterios Polyp as she encounters a refined, modern-designed interior, while tastes of luxury are contradicted between an admiration of Vitra’s Eames Lounge Chair in Guido Crepax and Tove Jansson illustrations, where a Moomin seems less than impressed with Knoll’s Butterfly Chair. The latter also makes an appearance in a Peanuts comic, showcasing its iconic and multi-faceted nature.

Both huge staples of pop-culture, comics and design have yet another major similarity. Other celebrated pieces on display in the exhibition include pop-culture icons such as Maurice Calka’s Boomerang Desk, Eero Aarnio’s Tomato Chair and Mies van der Rohe’s MR-10 Chair, as depicted by Hergé in The Adventures of Tintin. 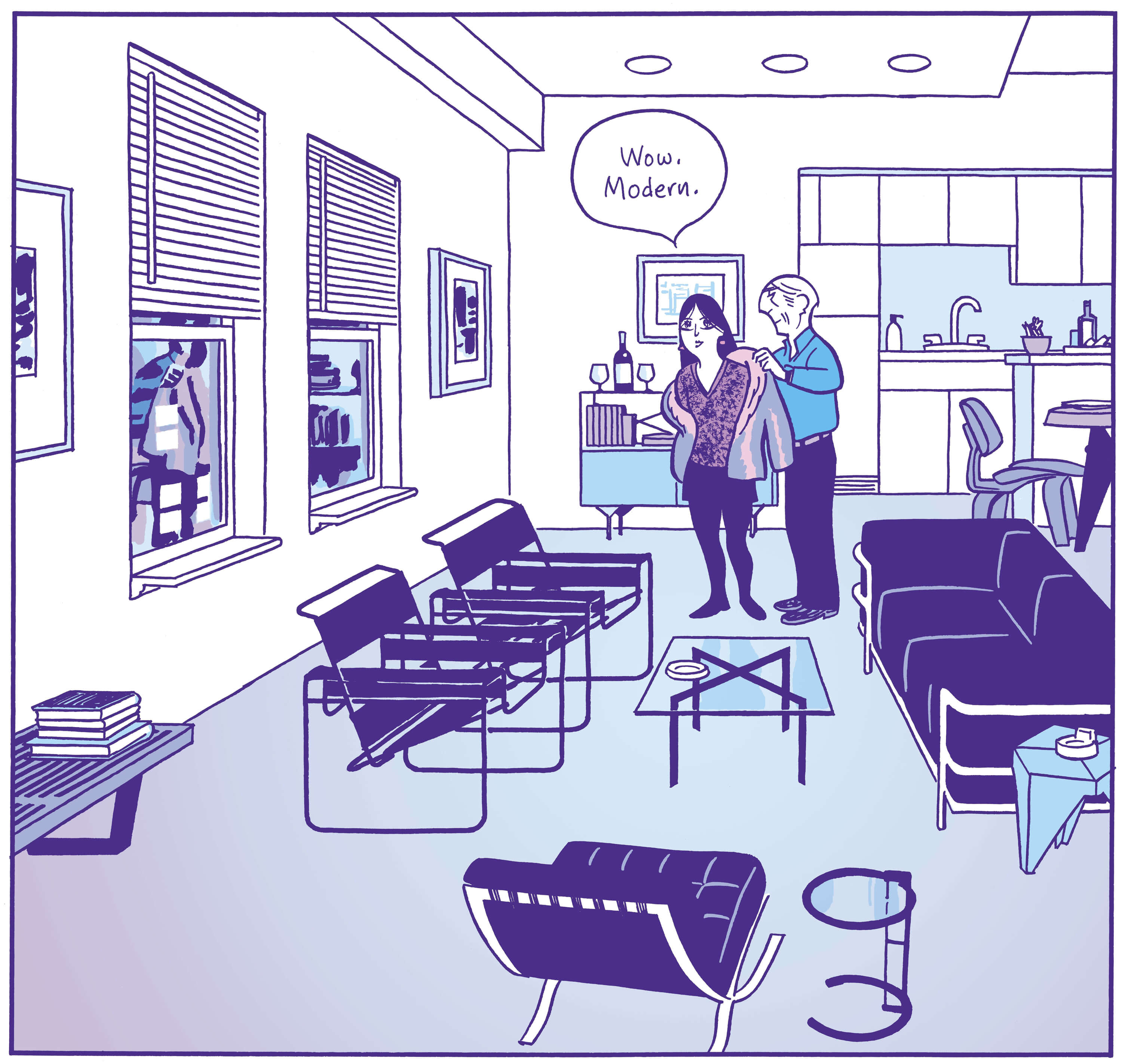 Proving, on the other hand, how the illustrator becomes the one being imitated, the exhibition focuses on designs such as the Snoopy Table Lamp from Flos. Designed in 1967 by Achille and Pier Giacomo Castiglioni, it takes inspiration from Charles Shultz’s popular cartoon character, Snoopy, as the lamp’s shape is reflective of the beagle.

Also escaping the confines of paper and jumping into real life is the Japanese-inspired collection of three out of fifty Manga Chairs by Nendo. The popularity of Manga has been felt not just in Asia but all over the world too. Drawing inspiration from the intricate and striking illustrations of the genre, one chair flashes across the room at the speed of light, another bounces across the floor, and the last collapses in on itself, like true comic strips coming to life before your eyes. 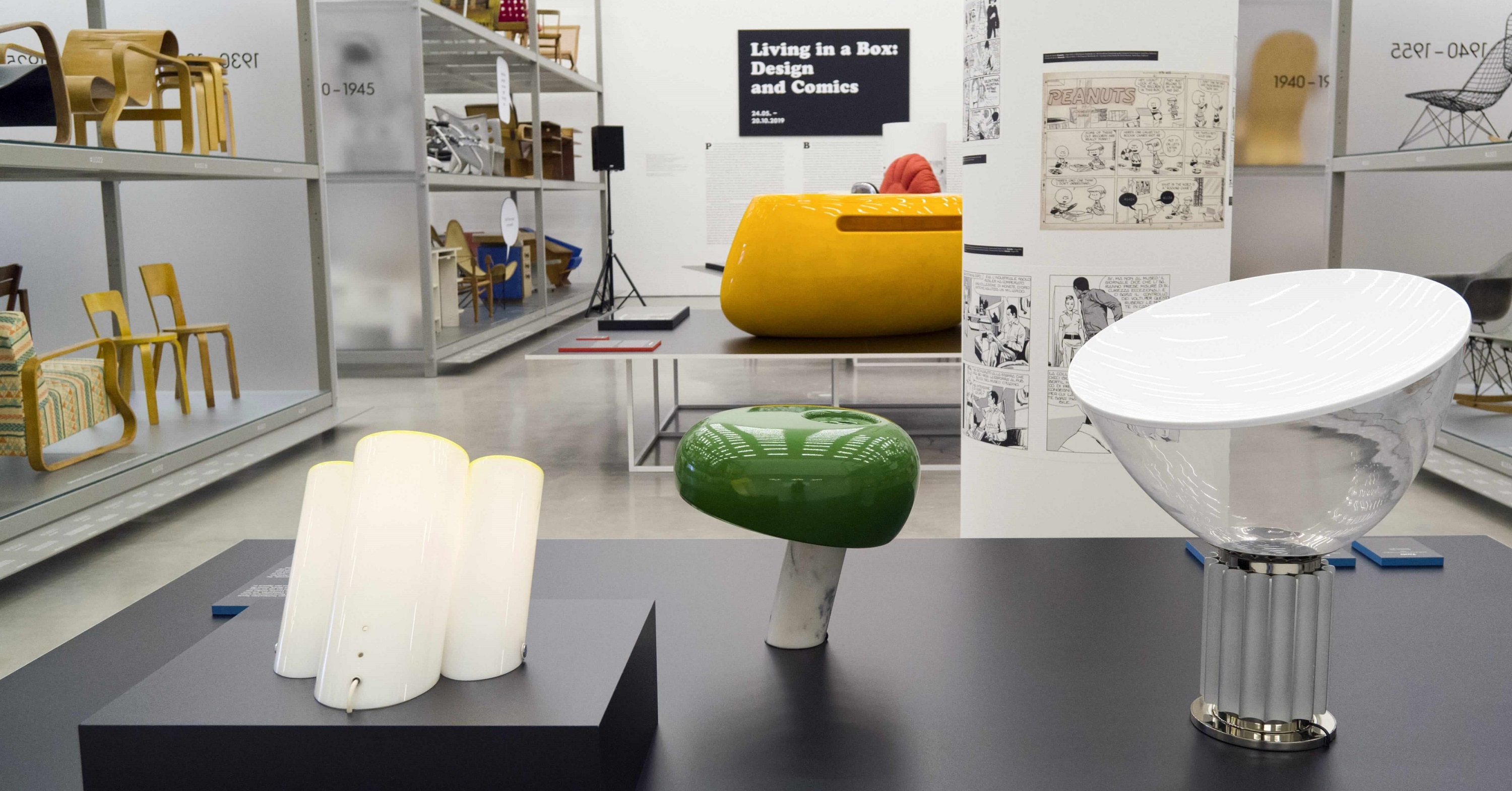 The Vitra Design Museum's Living in a Box: Design and Comics exhibition will be running until 20th October.

In the meantime, why not explore The Conran Shop’s collection of Vitra lounge chairs, tables, pendant lights and more?