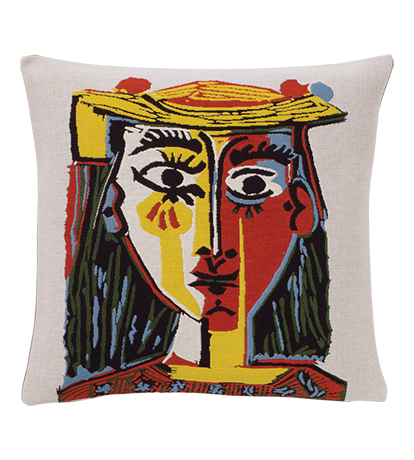 With another bank holiday on the horizon there is no excuse not to make the most of your weekend with some culture and interior inspiration. On the top of our to-do list is the landmark exhibition Henri Matisse: The Cut-Outs at Tate Modern in London.

Henri Matisse is considered one of the greatest painters of the 20th century, which is why this exhibition will surprise a lot of people as it explores a completely new chapter in the artist’s life. Devoted to his cut-outs, or découpages as the French elegantly call them, this extensive collection of bright and bold pieces are the work of the final years of his long life. He invented a new medium inspired by all of the things that have interested him in the past. Like his earlier work they are eye-catching in their vibrancy but colour becomes a material as he physically cuts into the colour and pins the shapes he’s working on to the walls of his studio. No longer limited to a canvas, Matisse’s cut-outs create a stunning mood board of interior inspiration.

These works have never been seen together in such an extended way such as the union of four famous Blue Nudes in Britain for the first time – a move that has astonished even his descendants. The exhibition is comprehensive and organised chronologically, so it takes you through the period step-by-step and how Matisse created the cut-outs as independent works in their own right. You’ll see how the scale changes – at the beginning they’re so small and eventually become so monumental they fill a whole environment.

The playful approach to colour, shape and composition showcased at the exhibition will indulge your love of design and provide all the inspiration you need for an interior makeover. However, before you pick up the paintbrush consider artistic furniture, soft furnishings and accessories for an instant update that we think is a brushstroke of genius. Think Eames La Chaise by designers Charles & Ray Eames – which was inspired by the 20th century French artwork Floating Figure (1927, bronze) by sculptor Gaston Lachaise – Joan Miró and Pablo Picasso tapestry cushions and colourful abstract-printed beach towels.

4. Portait of a Woman with a Hat Cushion by Pablo Picasso foundation, £85

6. Head of the Woman Cushion by Pablo Picasso foundation, £85

Henri Matisse: The Cut-Outs is showing now at Tate Modern in London until September 7th, 2014.