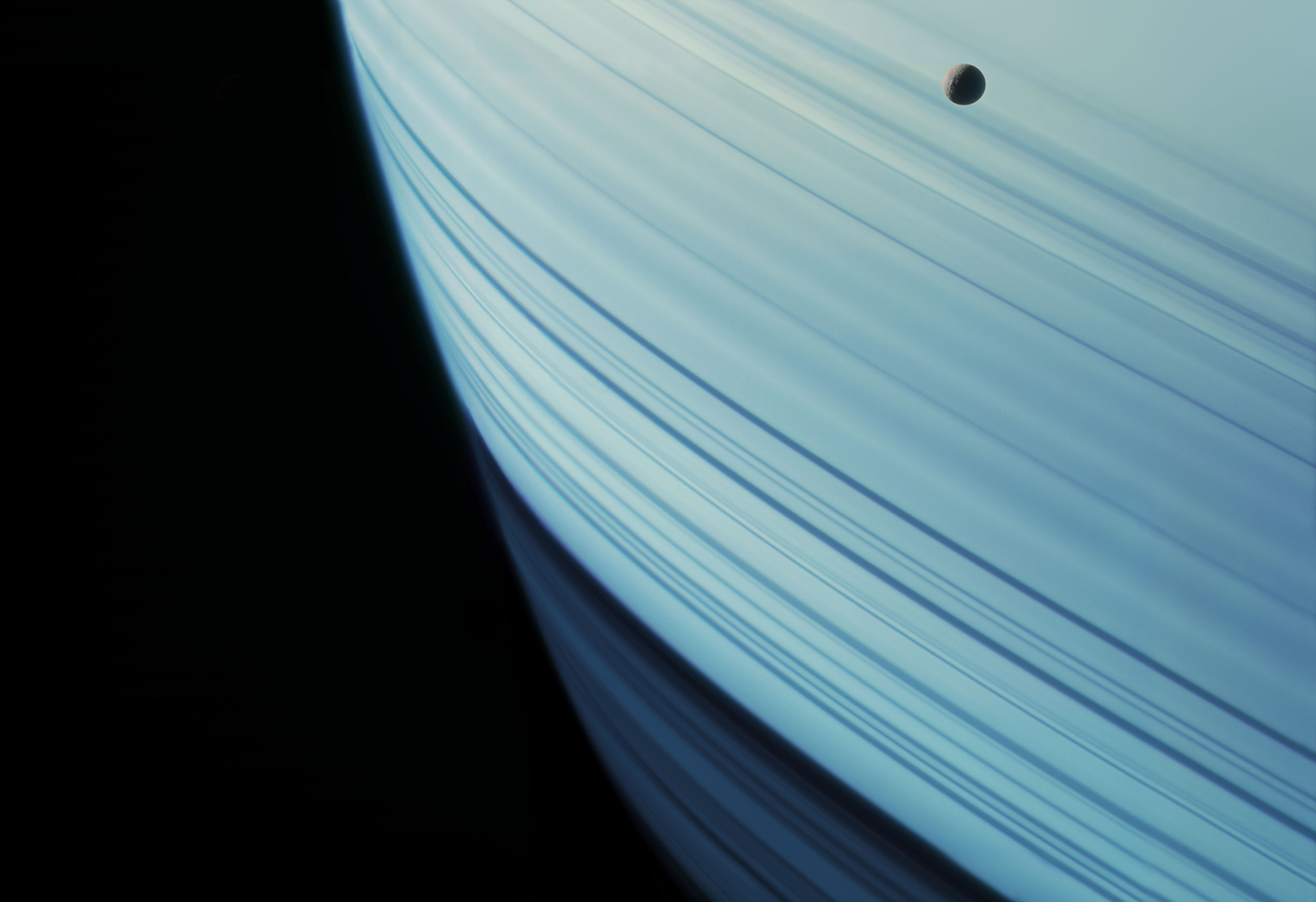 Otherworlds: Visions of Our Solar System is an incredible new exhibition at the Natural History Museum. Running from 22nd January to 15th May, the exhibition will take visitors on a journey of discovery through space; with photographs by Michael Benson accompanied by original music by Brian Eno.

Otherworlds: Visions of Our Solar System explores the beauty of our solar system and demonstrates that the visual legacy of 60 years of space exploration constitutes a visually stunning, important chapter in the history of photography. Raw data provided by NASA and European Space Agency missions has been painstakingly processed and assembled for public display.

To celebrate its launch, we spoke to Poppy Cooper, the Exhibition Developer who worked closely with Michael Benson to develop the content of the exhibition and produced the accompanying audio commentary, about what makes Otherworlds: Visions of Our Solar System an out-of-this-world experience…

With British astronaut Tim Peake’s mission to the International Space Station and the recent reports of liquid water on Mars, it seems like the perfect timing for the opening of Otherworlds: Visions of Our Solar System – would you agree?

Absolutely. This is a very exciting time for astronomy and planetary science. The UK established its space agency in 2010 and Tim Peake’s mission has really highlighted their achievements so far. And it’s not just the UK – NASA’s New Horizons flew past Pluto in July 2015, revealing a hazy blue atmosphere and water ice on the surface, and the Rosetta mission was the first to land on a comet, back in 2014. ExoMars is planned for 2018 - and it really feels as if we’re on the brink of big things.

Planetary scientists at the Museum are involved in several of these ground-breaking projects, from helping to choose the best landing sites on Mars, to analysing the remote sensing data that’s beamed back by robotic spacecraft.

Why do you feel it is important to make relatively unseen photographs of space exploration more accessible to the general public?

This is one of the most exciting and innovative areas of science. Answers to the big questions about ourselves as a species and planet could well lie elsewhere in the universe. The images highlight how far we’ve come scientifically and technologically over the past six decades, transforming blurry images of other planets into detailed landscapes with geographic features and atmospheres clearly visible, as well as huge amounts of data to study.

Also, as Benson points out, we’ve been able to reveal just how breath-taking our solar system is. We’re surrounded by these varied and sometimes active worlds which, when you consider the full scale of the Universe, are really right on our doorstep.

Otherworlds: Visions of Our Solar System could be described as a balance between an art installation and a science exhibition – is that how you would define it?

Yes and No. It is primarily an art show, but we’ve looked for opportunities to discuss the science behind the images, either through the audio commentary or in the associated events and programming. Michael’s vision is one of a photographic journey through the solar system. His work celebrates the history of photography, making the case that these images are the latest chapter in that discipline. Like all art it gives us a new perspective, allowing us to contemplate our own place in the cosmos.

What is it about Michael Benson’s images that makes them so special?

Michael delves into the NASA and ESA archives and, using an artist’s eye, selects the image data that really illustrates how magnificent and varied our solar system is. He then produces these striking photographs, which reveal planets and moons as humans would see them. Scientists, including several experts at the Museum, look at the same data, hoping to answer the big questions about the origins of life, Earth and the Universe.

Describe the visitor’s journey through ‘space’ throughout the exhibition.

Like all journeys into Space, the exhibition starts with Earth.  We first travel to the Moon, our natural beacon, then to the inner solar system, before leaping outwards towards the icy worlds patrolling the peripheries of our planetary system.

What is the effect of the original soundscape, composed by the legendary musician Brian Eno, throughout the exhibition?

Brian Eno’s soundscape responds to both the gallery space and the subject of the images. He’s thought carefully about producing a piece that recognises the advances made since the beginning of the Space Age – moving away from the concept of the universe as static, logical and deterministic to our current understanding of a constantly changing, vibrant and chaotic expanse. The effect is one that pushes the exhibition to another level, creating a holistic experience.

What would you like visitors to take away from the exhibition?

We hope they’ll appreciate the images from both an artistic and scientific point of view. We’ve developed an audio commentary featuring several Museum scientists discussing their work to give that additional perspective.

What is your favourite part of the exhibition and why?

I think the design of the space is really special - making the entire exhibition an artwork in itself. The visitor journey follows a trajectory through space, discovering each planet and moon in turn.  Designers Simon Caslaw, Marc Desmeules and Eleonora Rosatone have produced a sophisticated space that provides a perfect setting for the images.

I have several favourite images but if I had to pick one, it would be Sunset on Mars. It’s mindboggling to think that a robot we sent up there managed to capture a Martian sunset.  At first glance, it could be Arizona or some other desert on Earth. But look more closely and the colours are off, the atmosphere seems too dense and the Sun too small. For me it really makes these other worlds seem real and tangible.