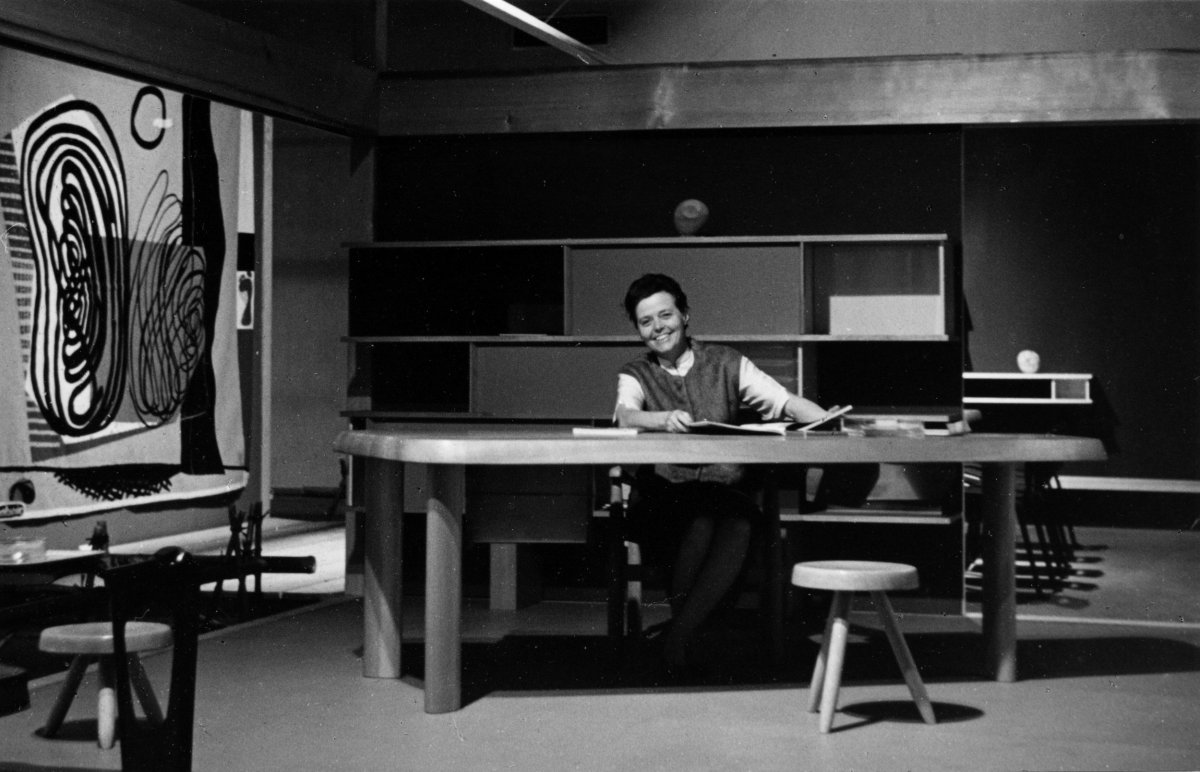 Marking twenty years since the passing of French design pioneer, Charlotte Perriand, The Conran Shop steps inside the captivating walls of the Louis Vuitton Foundation in Paris, to explore its retrospective in her honour.

The exhibition pays tribute to the key figure of the modern design movement, shining a light on her milestones and avant-garde inventions.

Born in Paris on 24th October 1903 to a seamstress mother and tailor father, Perriand studied at the Ecole de L'Union Centrale de Arts Decoratifs from 1920 to 1925, under the direction of the painter, Henri Rapin.

Participating in an array of salons including the 1926 and 1927 Salon des Artistes Décorateurs, her work finally stood out at the Salon d'Automne in 1927 where, at the young age of 24, she presented the aluminium and nickel-plated Bar sous le toit (The Bar under the roof).

Originally designed for her apartment in Place Saint-Sulpice, this metal masterpiece earned her much praise for her refined, relaxed and innovative demeanour. Undaunted by lack of space and always willing to utilise modern materials, Perriand visually enlarged the space by incorporating different mirrors on walls and furniture, inventing an extendable table crafted from wood and aluminium, all complete with swivel chairs and illuminated by a car headlight.

Driven by her passion for interior and furniture design, after an initial rejection, Perriand managed to succeed in convincing Charles-Édouard Jeanneret, better known as Le Corbusier, to hire her in his workshop on rue de Sevres, alongside his cousin and partner, Pierre Jeanneret.

She worked with the Jeannerets on grandiose projects between 1927 to 1937, engineering the esteemed sofa-, chair- and table-comprising LC collections and interior designs such the La Roche House or interiors for Geneva's League of Nations building. Following the golden rule of 'the function creates the object', the trio intended to never dissociate the inside from the outside. At their side, Perriand imagined modular visionary spaces and reviewed the circulation of bodies from one room to another, continually trying to reduce partitions or replace them with practical furniture. 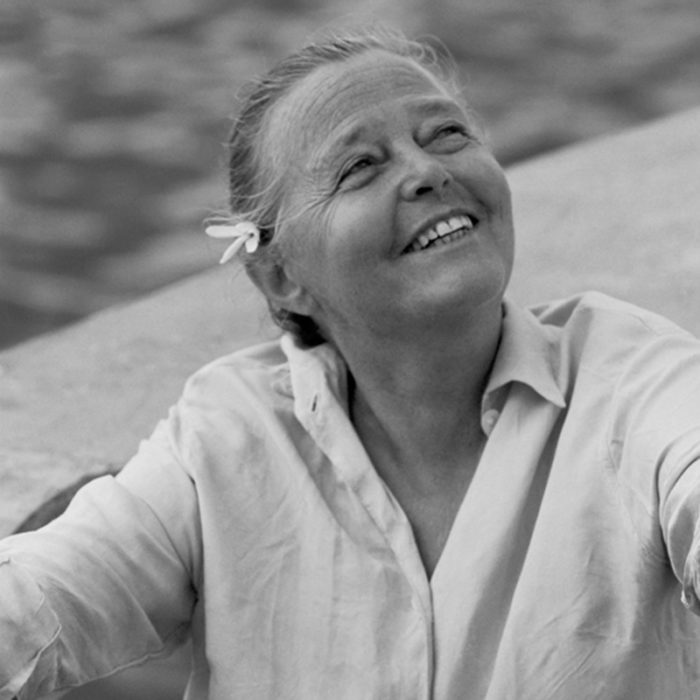 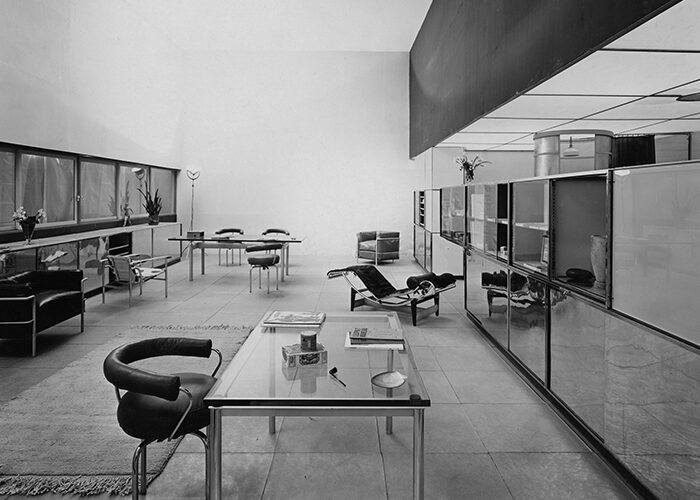 After a dynamic ten years together, Perriand fled for Japan in 1940, becoming an official consultant in industrial design, at the request of the Ministry of Commerce and Industry. Her trip to the Land of the Rising Sun lasted six years, where she discovered minimalism, simplicity and new ways of living, which allowed her to enrich herself professionally. Studying new ways of working with materials and mastering local techniques of cabinet-crafting and weaving, Perriand first adapted these methods by lightening the renowned Chaise Longue with bamboo, marking the beginning of the opening of the design to the world.

Between 1957 and 1963, the thought-provoking adventurer continued her interior design work by designing new offices for French carrier Air France in Rio, Tokyo, Osaka and London. Her love for the mountains and the democratisation of winter sports led her to collaborate on many major projects in the Alps, including the construction and development of several ski resorts in the 1960s.

Lauded for her work on the Les Arcs buildings: Arc 1600, Arc 1800 and Arc 2000, Perriand favoured flexible spaces, well-lit rooms and vast balconies in her designs. Taking complete charge, she coordinated a team of architects, urban planners, engineers and graphic designers to conceptualise modern residences which were respectful of the environment around them.

An avid nature lover, Perriand continually pursued the integration of natural elements into her creations. With Pierre Jeanneret, she frequently travelled the French coast in search of objects shaped by the sea, like pebbles or driftwood, and immersed herself in outdoor spaces.

Driven by making everyday life easier for everyone, similar to the ethos of Sir Terence Conran, Perriand and Le Corbusier began with experiments in Marseille, such as integrating kitchens with open living spaces or adjoining bedrooms with bathrooms - simple yet supremely effective inventions which are recognised and respected to this day.

Although now celebrated as a leading figure of 20th-century design, Perriand long-lived in the shadow of Le Corbusier, not garnering the acknowledgement she deserved until much later on in her career. Having passed away on October 27th 1999 at 96 years old, her daughter Pernette Perriand has co-curated the Charlotte Perriand: Inventing a New World exhibition in her honour, paying tribute and justice to her through this well-earned retrospective. 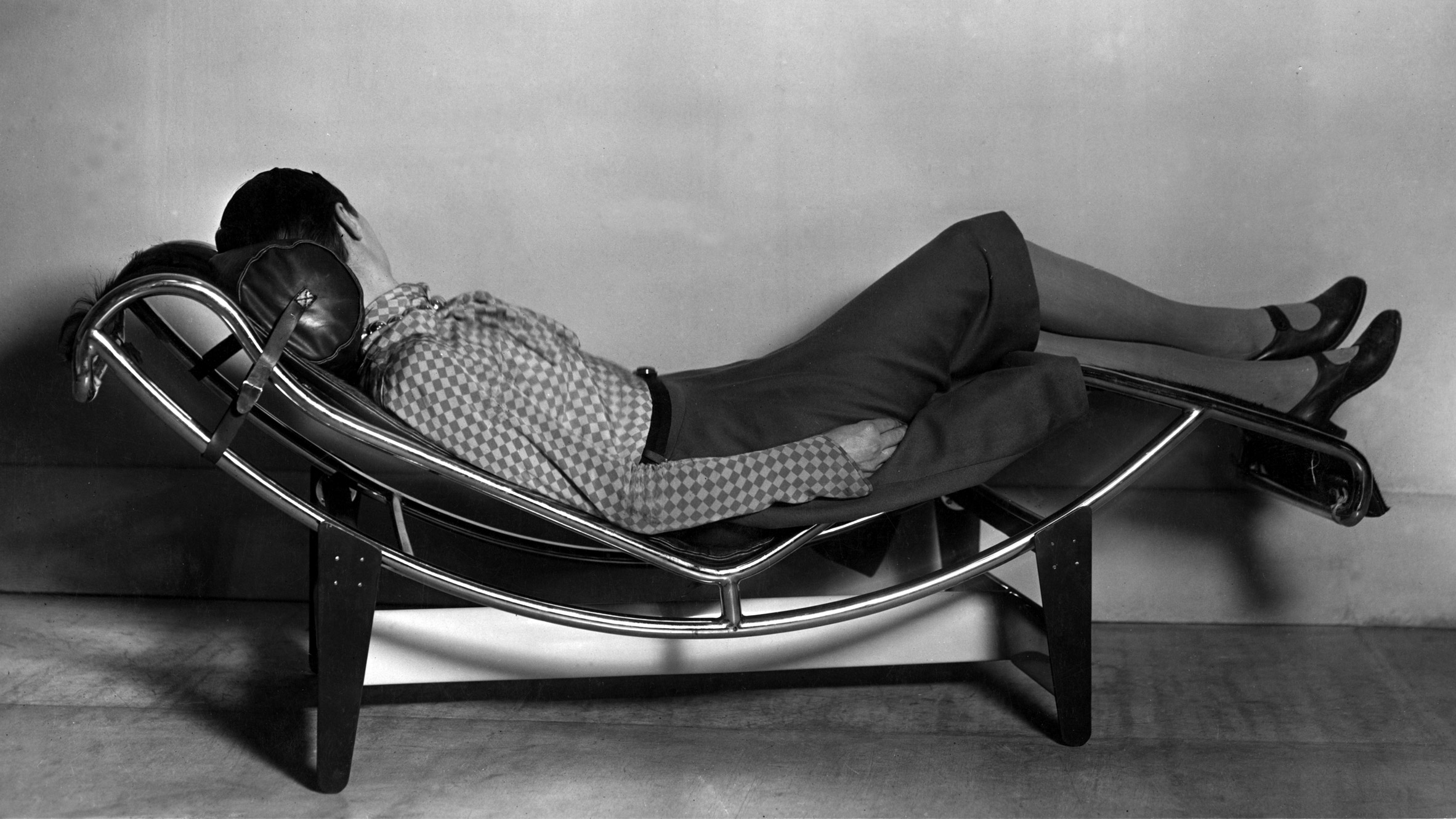 In the meantime, explore The Conran Shop’s collection of Perriand-designed sofas, lamps and chairs here, and buy the Exhibition Guide in one of our stores.