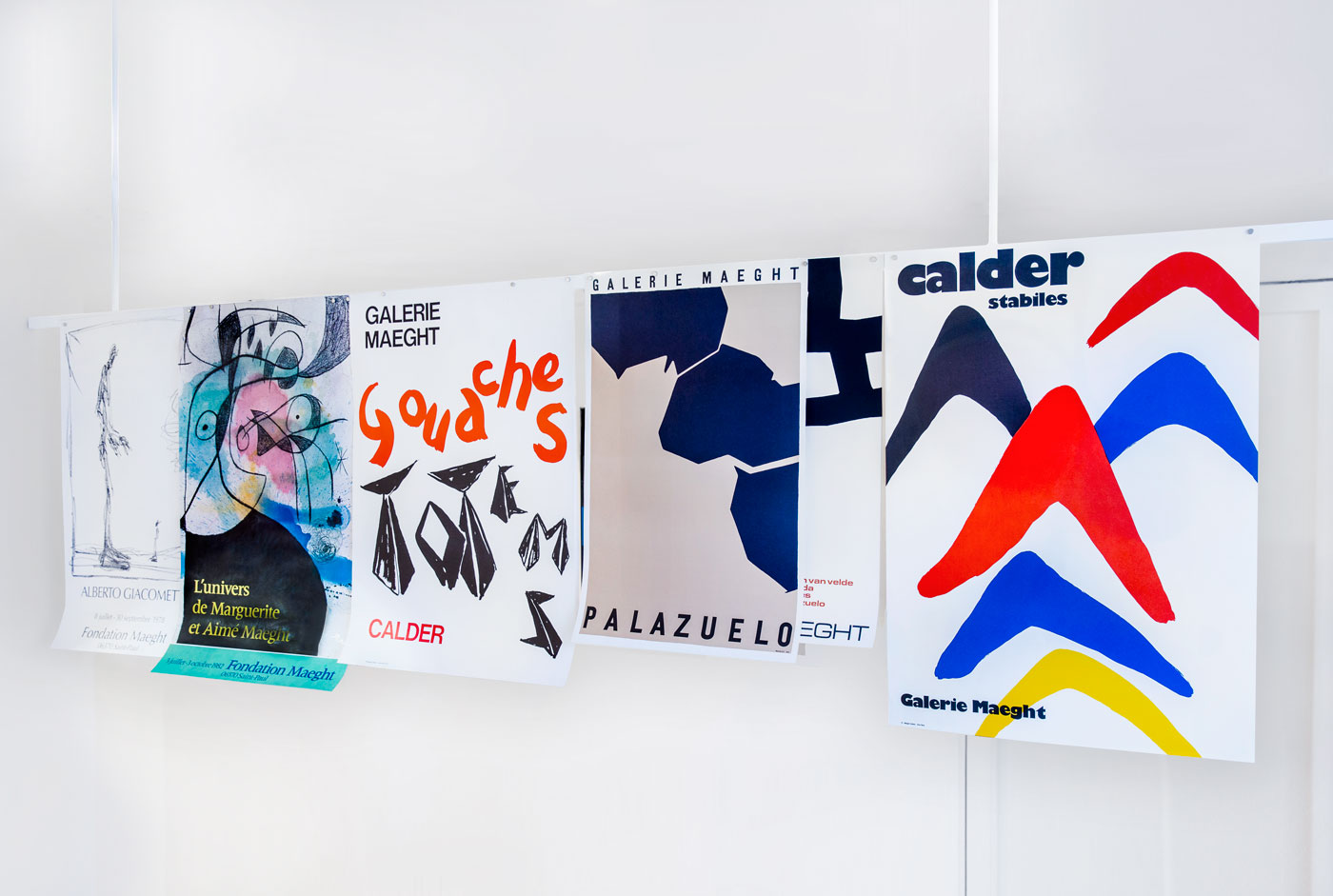 With all eyes from the design world on Paris last week for the international Maison & Objet fair and the fashion elite currently flocking to the capital for Paris Fashion Week, here at The Conran Shop, we thought we would commemorate the occasions by shining a spotlight on Europe's chicest city, and the designers and collections that call the French capital home.

Paris is and has always been a global emblem for the arts, renowned worldwide as the catalyst for art and design movements that have transformed modern perceptions. With natives including Coco Chanel and Philippe Starck, the lifeblood of Parisian culture is undoubtedly passion and creativity.

Once showcased in the renowned Parisian gallery, La Galerie Maeght, our selection of original lithographs and exhibition posters depict the works of Henri Matisse, Joan Miro and Alexander Calder among others. The works of these modern masters have all graced the streets of Paris throughout the 20th century, and the artists personally designed the posters specifically for their Galerie Maeght exhibitions.

The irreverent scents of Parisian perfumery, Etat Libre d’Orange, are proudly emblazoned with the colours of La Tricolour. Each scent is formulated with an aim to inspire a revolution in fragrance. Founder Etienne de Swardt wishes to challenge the dictates in place for contemporary colognes; the collection’s scents are ‘furiously liberated’ and ‘dangerously endearing’.

In 1927, just around the corner from where The Conran Shop Paris now stands, a young Charlotte Perriand strode into the studio of furniture design pioneer, Le Corbusier, and never looked back.

Throughout her illustrious career, Perriand designed furniture pieces that became archetypes in their respective genres. Her designs include the innovative Applique à Volet Pivotant wall lights – perfect for Parisian apartments - and the Tabouret Méribel stools, which were famously inspired by local architecture. Her celebrated collaborations with Le Corbusier and Pierre Jeanneret resulted in the timeless and luxurious LC4 Chaise Lounge.

Perriand’s early modern masterpieces are now available to own at The Conran Shop.

In 1878, Jules Pansu founded his eponymous textile label in the Rue du Faubourg Poissonnière, Paris, where the textile house remains today. These beautifully crafted cushions feature the works of Pablo Picasso, for whom Paris became somewhat of a second home, and each would make an artistic touch for upholstery. Now available at The Conran Shop, the Jules Pansu textile collection includes new editions, including Picasso’s sketches and recreations of work by Joan Miro.

A favourite of Sir Terence Conran and one of the 20th century’s most iconic designs, Eileen Grey’s Bibendum chair pays homage to the French Michelin Man with subtlety and wit, and is impressively majestic in form. A truly timeless modern design classic, Grey's Bidendum chair is available as an online exclusive for The Conran Shop.

And finally to our favourite French landmark, The Conran Shop Paris, which opened its doors on the 7th Arrondissement in 1992. Located in the old Bon Marché warehouse, designed by Gustave Eiffel, The Conran Shop Paris is the capital’s go-to destination for a unique curation of furniture, lighting and lifestyle accessories.