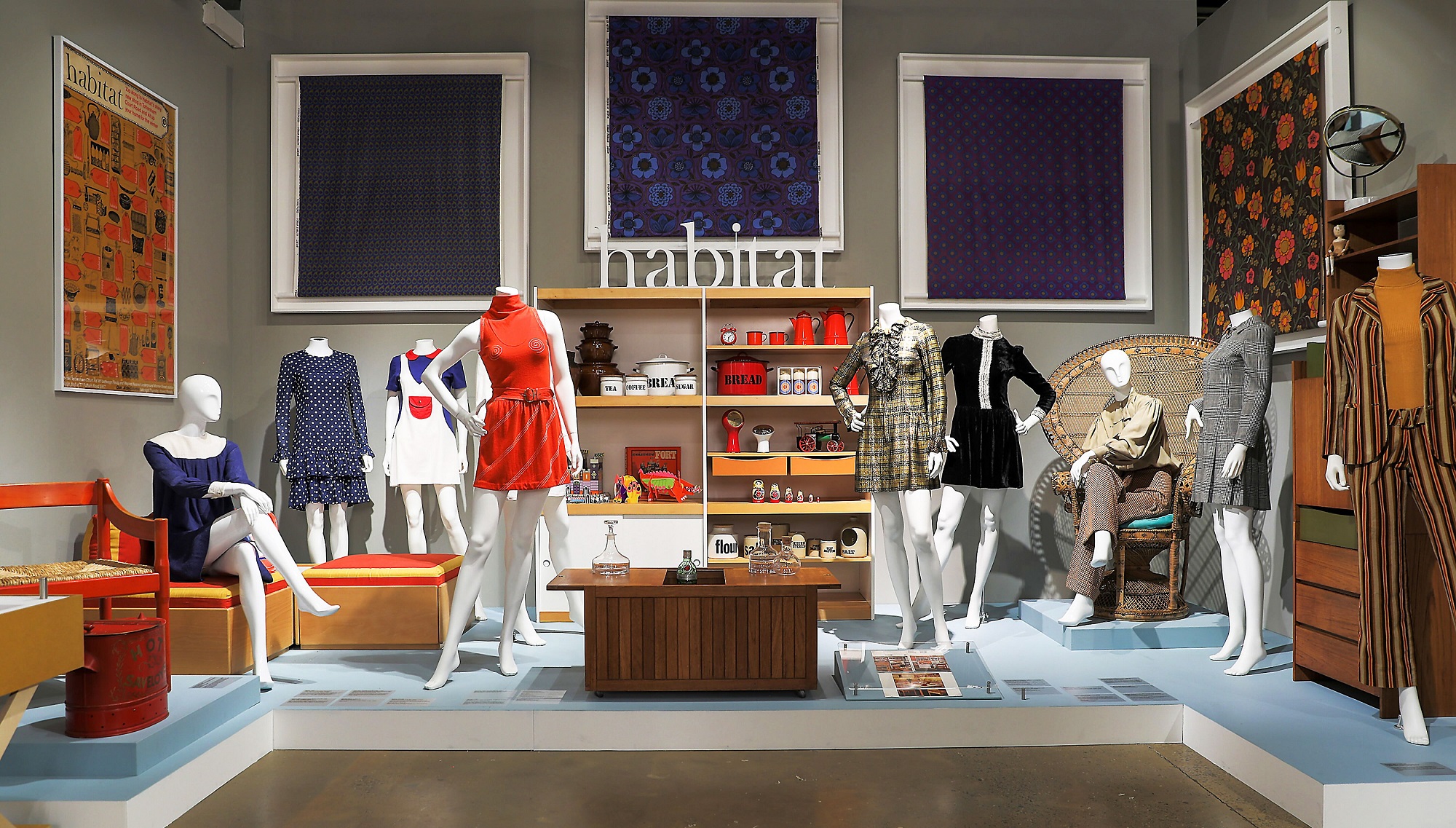 This spring, London’s Fashion and Textile Museum is hosting a carefully curated exhibition showcasing early examples of Sir Terence Conran and Dame Mary Quant’s designs. Available to view until June, the Swinging London: A Lifestyle Revolution exhibition provides an all-encompassing look at the Chelsea Set’s influence in London from 1948 to 1972.

Primarily linked through Sir Terence’s friendship with Dame Mary’s husband, Alexander Plunkett-Greene, the duo formed an integral part of London’s Chelsea Set and began creating affordable design for the masses. Documenting the rise of Quant and Conran within the UK, the exhibition also explores how, when Quant opened her London boutique Bazaar in 1955, Conran designed the store’s interior. In turn, on the opening of the first Habitat store in 1964, Quant designed the staff uniforms.

Swinging London | Image courtesy of the Fashion and Textile Museum ©

Showcasing early designs such as Conran’s Cone Chair and Quant’s iconic Banana Split Dress, the exhibition also includes rare examples of the avant-garde designers, artists and intellectuals who worked alongside them, including the sculptor Eduardo Paolozzi and the designers Bernard and Laura Ashley.

To find out a little more about the motivation behind the exhibition, we caught up with Geoff Rayner and Richard Chamberlain, whose private collection makes up the exhibition’s content, and the Fashion and Textile Museum’s Curator and Head of Exhibitions, Dennis Nothdruft.

Why this exhibition? Why now?

The exhibition ‘Swinging London’, and the book accompanying it, is something we have been interested in since the early 2000s. Our initial interest was in Sir Terence Conran and his work in the 1950s, early 1960s and its impact on British lifestyle and culture.

During our research we became aware of the complex relationships within the circle of designers and artists that Sir Terence was central to as a young man, especially his relationship with his old school friend Alexander Plunket-Greene and Plunket-Greene’s wife, the fashion designer Dame Mary Quant. To cut a long story short, we realized we were in fact dealing with what was known at the time as the ‘Chelsea Set’, which subsequently became known in the 1960s as ‘Pop’ culture and possibly even more significantly as ‘Swinging London’.

The timing of this exhibition and book is purely accidental but fortuitous, in as much as the Victoria and Albert Museum is holding a retrospective of Mary Quant’s work, which begins in April this year. Both Conran and Quant were in fact the two central pivots around which the ‘Chelsea Set’, and a little later ‘Swinging London’, evolved.

Swinging London | Image courtesy of the Fashion and Textile Museum ©

What produced these set of radical individuals? Why did they appear to be concentrated in West London?

The emergence of the so called ‘Youth Quake’ in 1955-1956 gave tangible expression to the dissatisfaction which had been steadily growing amongst the young since the end of the Second World War. A proto ‘Pop’ culture had initially evolved in the early post-war years among a loosely knit group of radical young architects, designers, artists, musicians and ‘arty’ dilettantes who mainly lived and worked in and around the environs of Chelsea, then a somewhat faded and passé bohemian area of London. Both Terence Conran and Mary Quant were leading members of this group, which became popularly known as the ‘Chelsea Set’.

The term ‘Swinging London’ is often (and sometimes undeservedly) recycled, why was 1948 – 1972 so special?

It is defined initially by Conran leaving school in 1948 and commencing his studies as a textile designer at London’s Central School of Arts and Crafts, where he met and made influential friends with such as the sculptor and designer Eduardo Paolozzi.  The story then follows his career and that of his friends Mary Quant and Alexander Plunket-Greene, as well as the fellow travellers they met along the way, such as Bernard and Laura Ashley, through to the end of the 1960s.

Swinging London, including work by Eduardo Paolozzi and Gio Ponti | Image courtesy of the Fashion and Textile Museum ©

Why was it important to bring fashion and interior design together for this exhibition? What is it about their relationship that interested you?

It can be extremely artificial to extract one thread from a period and to follow it doggedly through to a conclusion. The exhibition and the book are attempts to give a more rounded picture of the era in which Conran’s multiple interests, from coffee bars and restaurants to armchairs and textiles, are shown in the context of the work, for instance, of Mary Quant. The principal protagonists of the story were largely polymaths whose curiosity took them into many areas of activity.

To you, what is it about Sir Terence’s early designs that make them so enduringly iconic?

Sir Terence’s early designs are imbued with an exhilaration, which still conveys a freshness, pleasure and obvious enthusiasm for life.

London is still a hugely important creative centre, what excites you most about contemporary London and design?

London is an engine of creativity.  I think that is what is most exciting – the energy that keeps London moving and challenging.  You can feel it in the streets; a city fizzing with new designs, new ideas.

The Swinging London: A Lifestyle Revolution will be available to view at London’s Fashion and Textile Museum from 8th February until the 2nd June 2019. Find out more here. 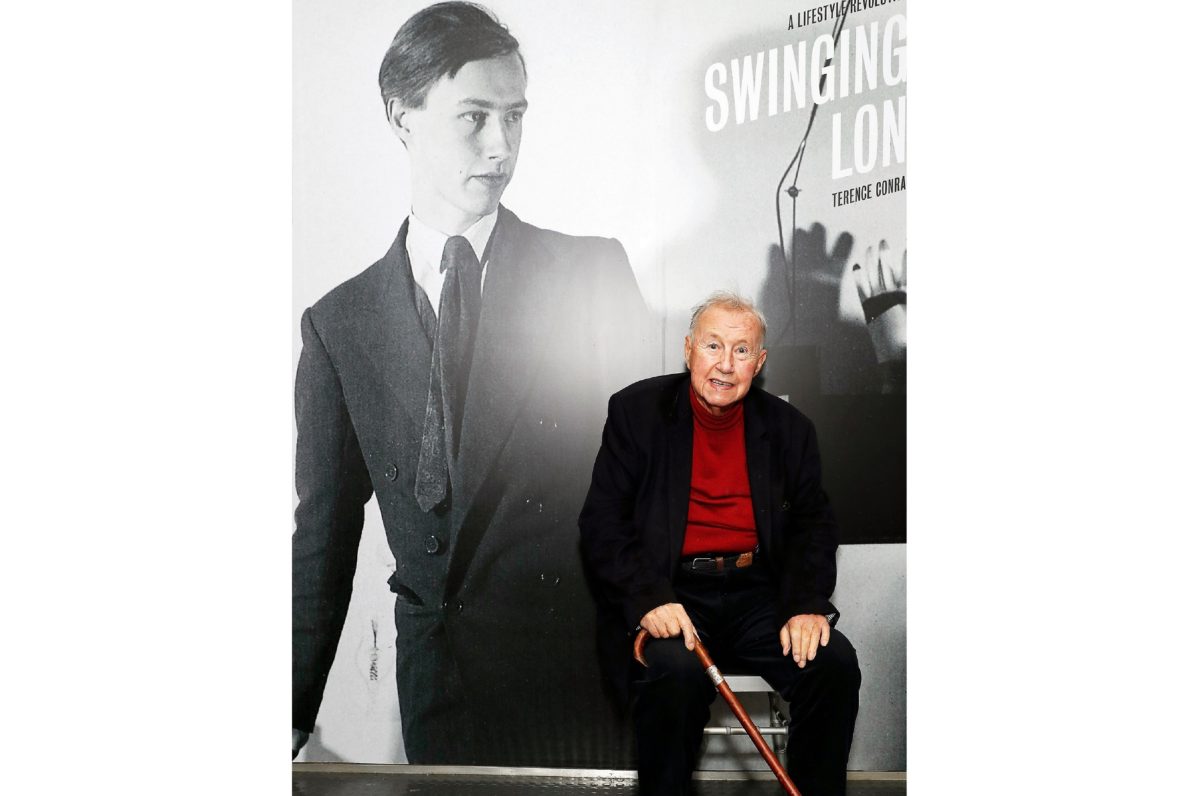 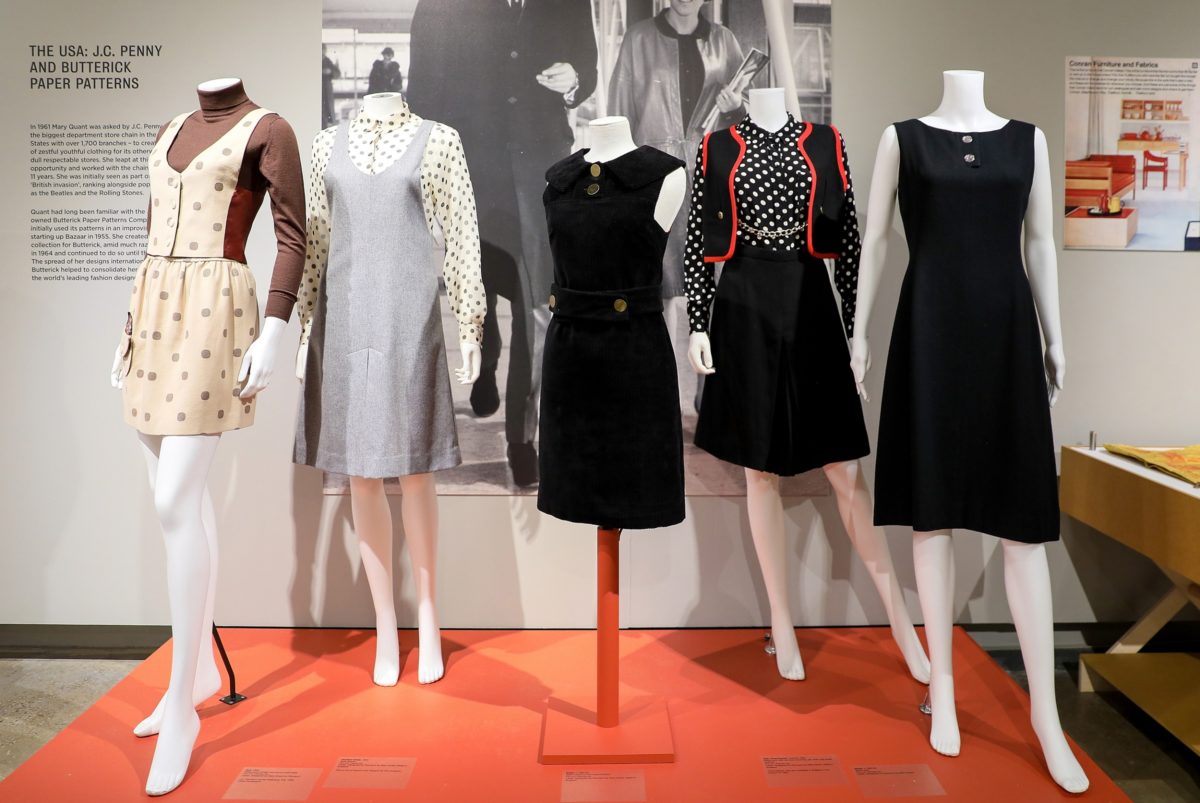 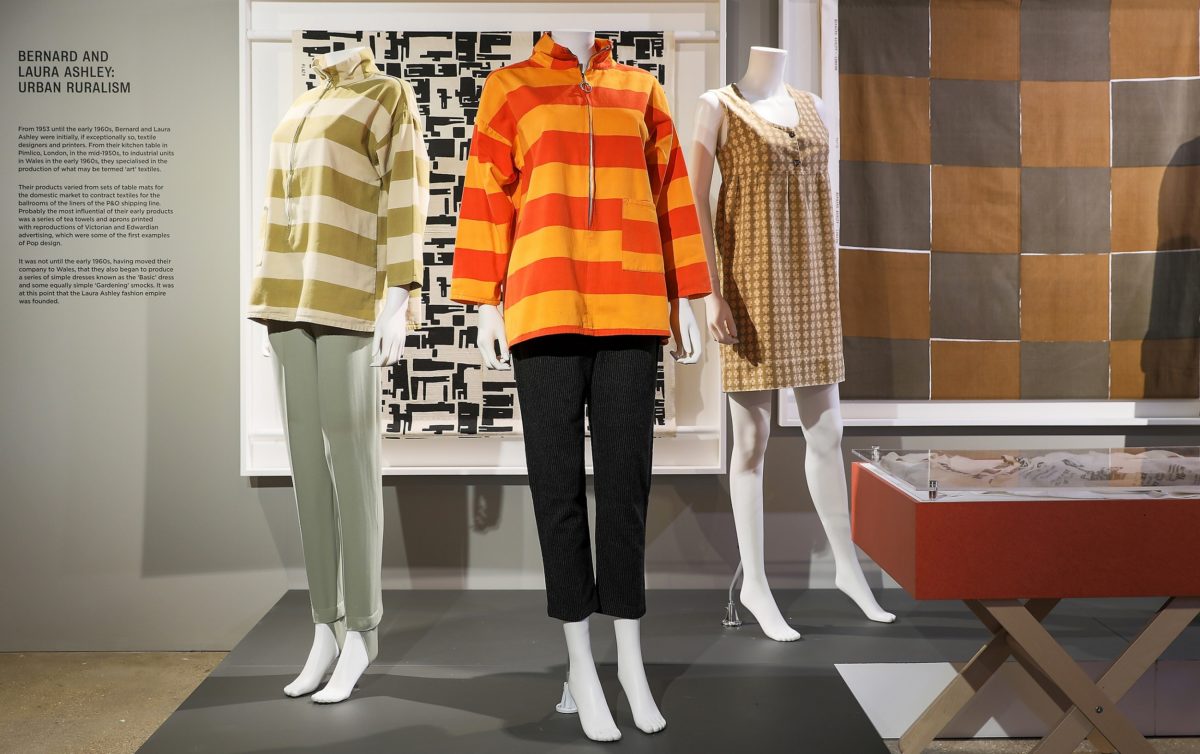 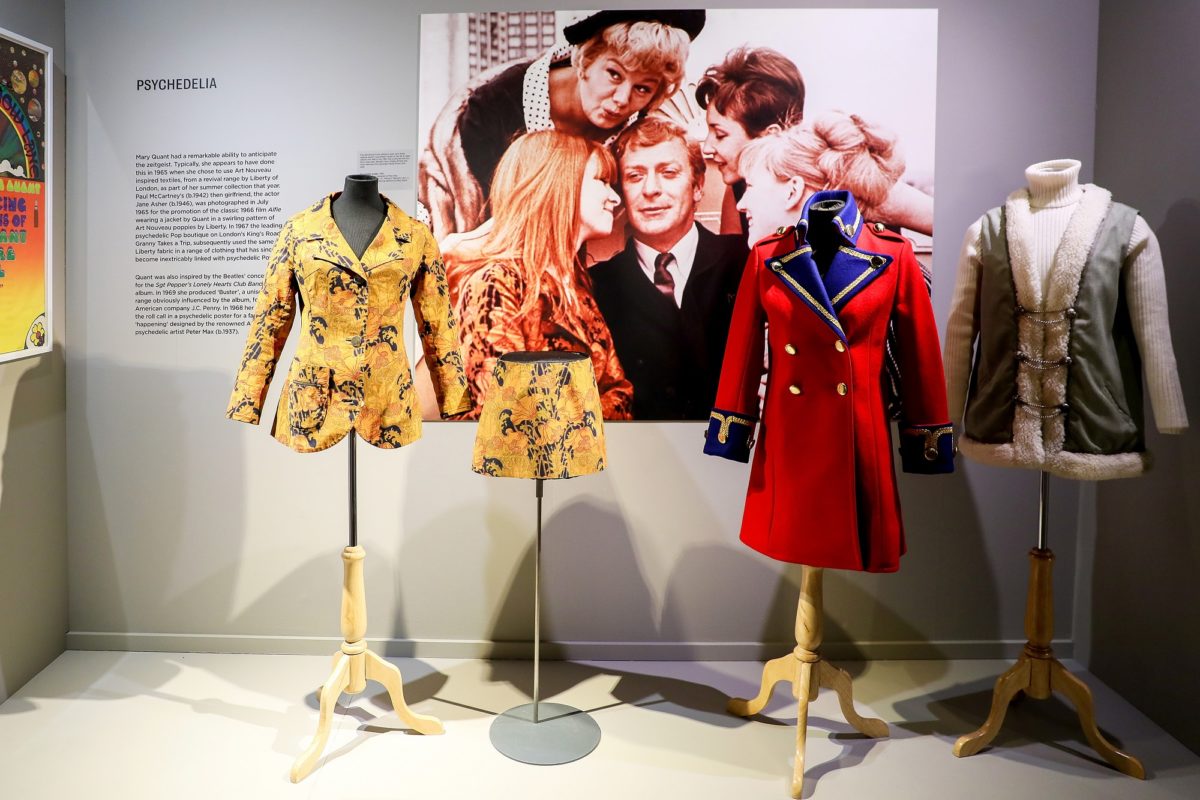 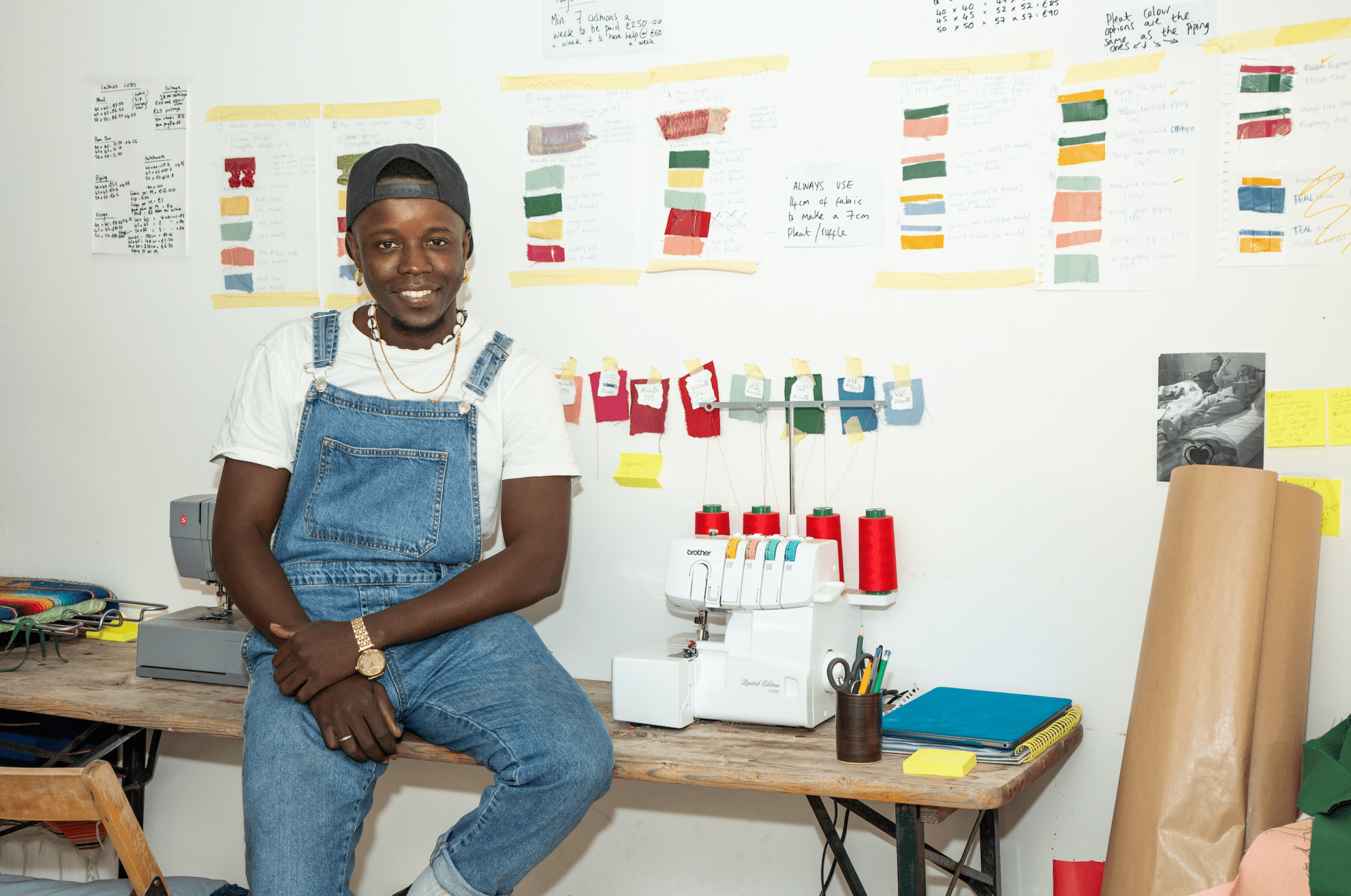 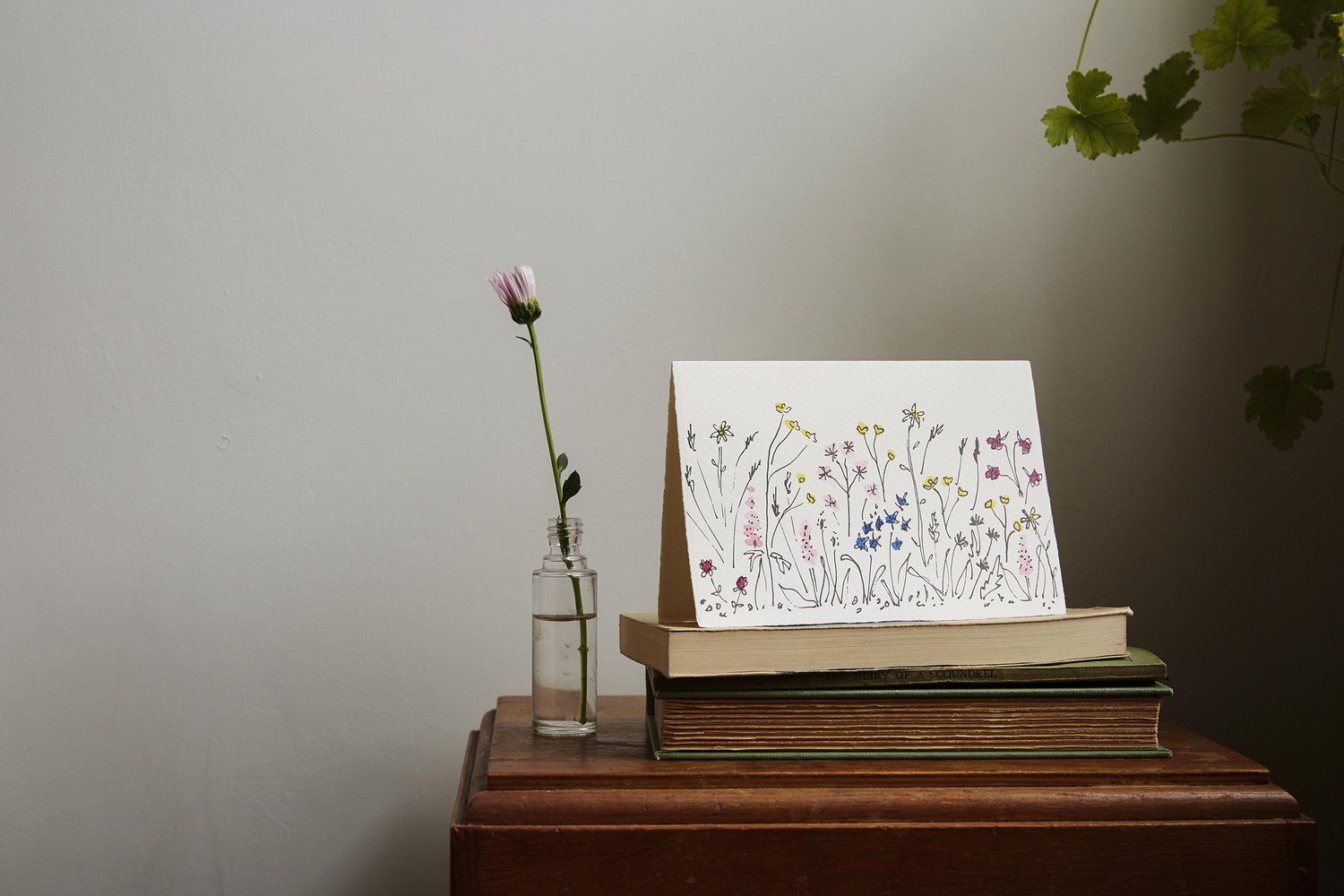