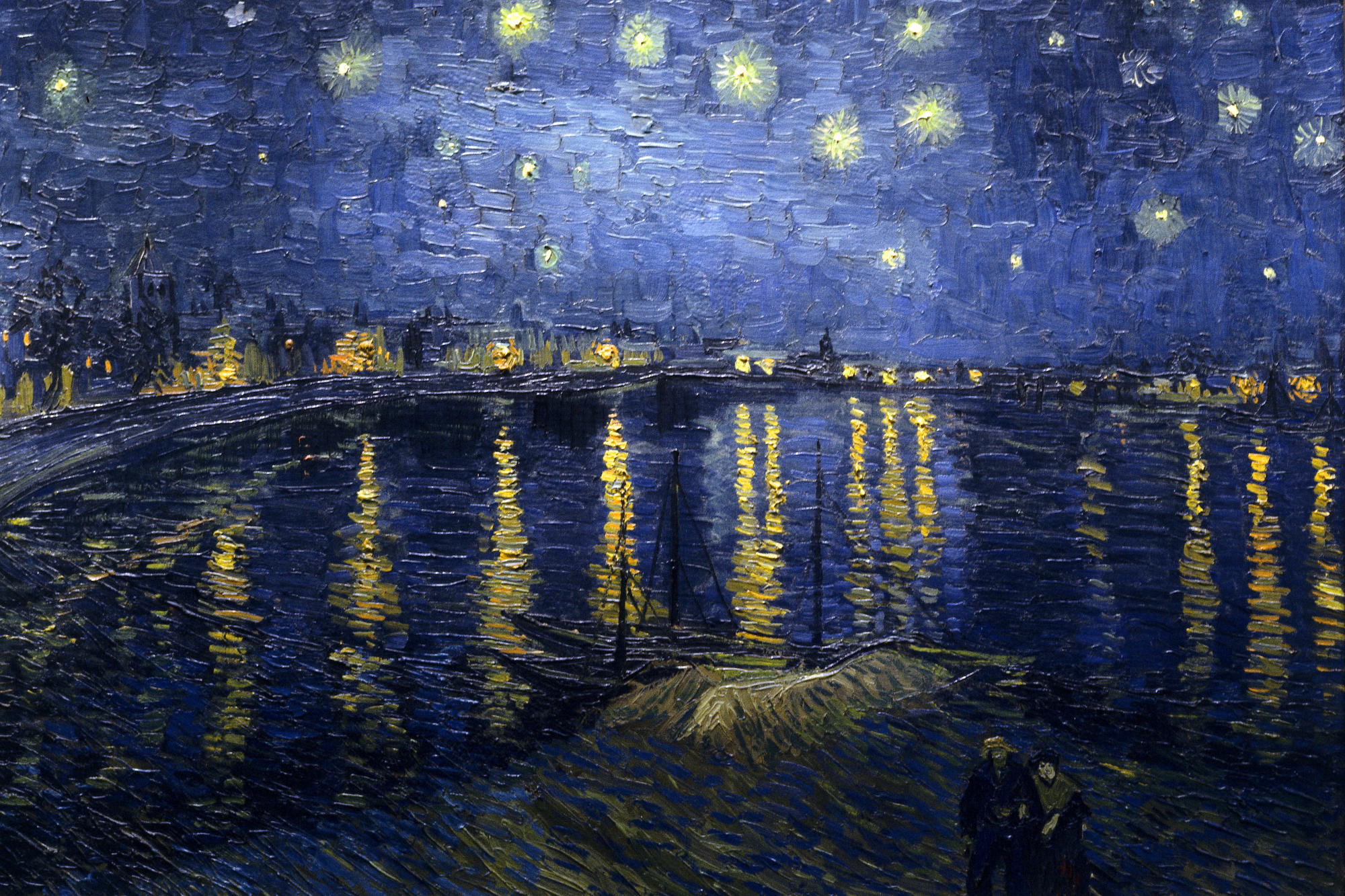 The Conran Shop steps inside Tate Britain's Van Gogh and Britain exhibition, showcasing the artist's finest pieces, sources of inspiration and the impact the post-impressionist mastermind had on modern British art.

Located a mere ten-minute drive from where the artist lived between 1873 and 1874, the Carol Jacobi-curated exhibition hosts works from globally-renowned museums and galleries, including the Kröller-Müller Museum in Otterlo and Paris’ Musée d'Orsay.

Presented over nine enticing rooms, the exhibition begins with the inspiration Vincent van Gogh sought during, and after, his stay in Britain between 1873 and 1876.

Working in the art trade but not yet a painter himself, van Gogh spent his time in London strolling along the Thames and visiting galleries such as The National Gallery, which was located near his office, and the V&A which was known as the South Kensington Museum. Evidence of this is displayed in one of the first rooms, where viewers can witness van Gogh's signature in Dulwich Picture Gallery's visitor book.

Spending his evenings appreciating the Thames and life by the river, a top hat-clad van Gogh drew his first works on the way back from the office, sketching the Thames at dusk. Taking inspiration from Gustave Doré’s The Houses of Parliament, the painting is also said to have led to van Gogh’s lauded Starry Night. 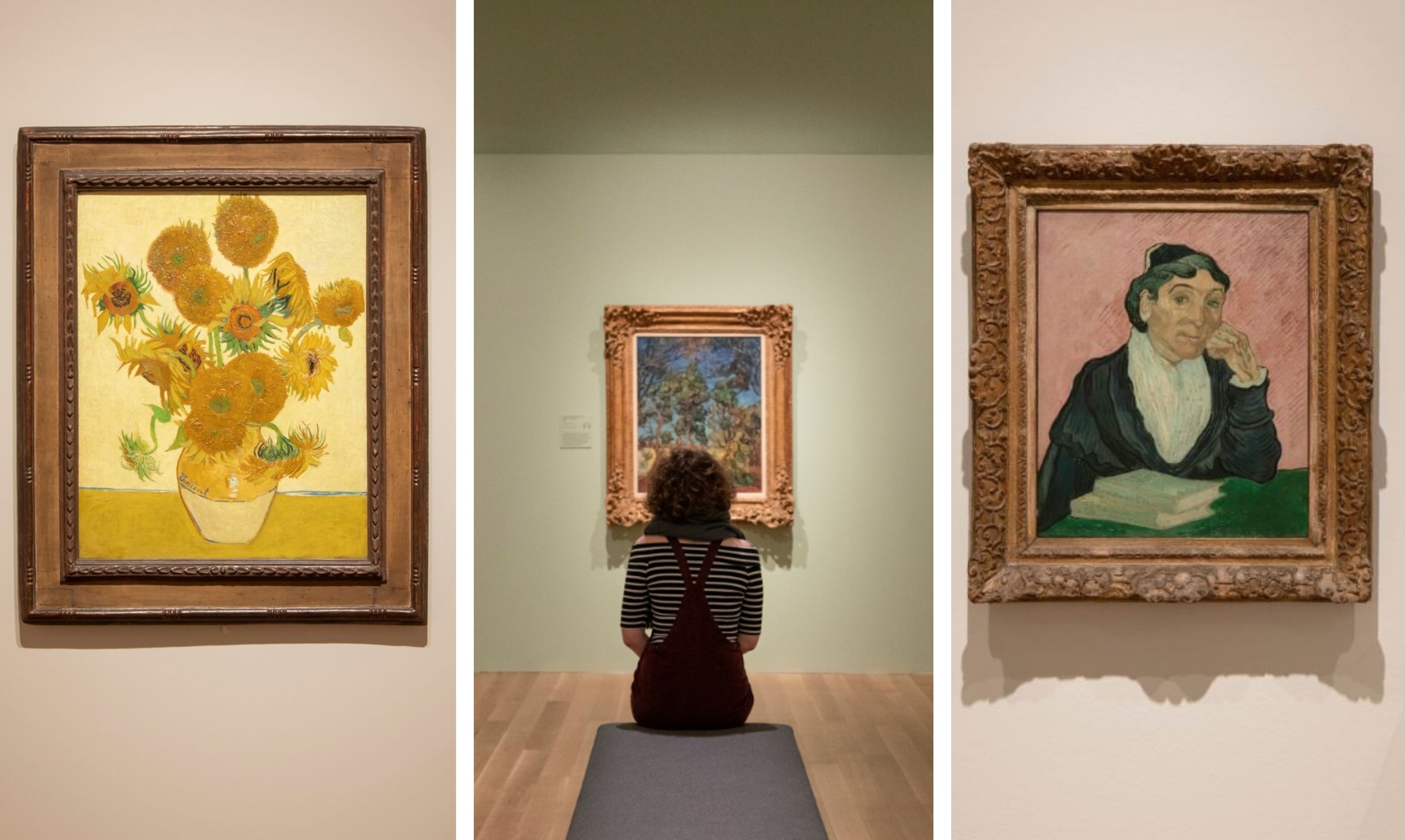 A lover of London’s cityscape and of Britain’s rich culture of literature and artists too, van Gogh spent his time consumed in the works of Dickens, Eliot and Shakespeare. Heavily influenced by the weekly illustrated newspaper 'The Graphic', van Gogh considered it “a great portrayer of the people”.

A painter of the people for the people, van Gogh was fascinated by everyday life. This can be seen throughout the exhibition in works such as The Dustman, which was inspired by Edwin Buckman's A London Dustyard and Entrance to Voyer d’Argenson Park at Asnières, as influenced by social realist painter Frederick Walker’s distinct modern sentiment in The Old Gate. The most notable example was the 1890 work The Prison Courtyard, which was van Gogh’s vigorous reinterpretation of Gustave Doré’s Newgate - exercise yard.

Seeing his art through the eyes of British artists, the exhibition pays particular attention to Van Gogh’s impact on British art in the seventh room, entitled Van Gogh and British Flower Painting. Here, viewers can take a closer look at van Gogh’s National Gallery-owned Sunflowers and several interpretations by British artists, including Samuel John Peploe's smoothly painted Yellow Tulips and Statuette and Tulips in a Pottery Vase, Matthew Smith's Flowers in a Vase and more simplistic interpretations by Christopher Wood and Winnifred Nicholson, who has been hailed as the female van Gogh.

Other works on display include Sir Jacob Epstein's dramatically-shaped Epping Forest, Francis Bacon’s Study for Portrait of Van Gogh IV, Harold Gilman's In Gloucestershire, Roderic O'Conor's Yellow Landscape and Vanessa Bell's The Vineyard. Of the latter two, O’Conor was one of the earliest responders to van Gogh's forceful colours and strokes and Bell, like van Gogh, lived with mental illness and was inspired by his brushstrokes, but applied more harmonious colours to her own works.

As well as effortlessly proving how van Gogh’s intricate line patterns and deep brushstrokes bought movement, force and energy into an alternative British modern art, what the exhibition does best is reject the outdated notion that van Gogh’s creativity was linked to madness. Often referred to as a tortured genius, van Gogh insisted that his illness was like any other, and that art for him was a distraction – this exceptional exhibition confirms that he was a genius regardless of his mental state, not because of it.

The Van Gogh and Britain exhibition concluded on 11th August 2019, but why not explore The Conran Shop’s Gallery & Frames edit to add a piece of art to your home?