Santa & Cole
Add to Wishlist
from £1,080.00 £1,200.00
-10%
Beautifully lacking adornment or fuss, the white Sin Table Lamp is a simple, sculptural light source taking its name from the Spanish word for ‘without’. Read More
Ready to Deliver in 6 - 8 weeks

A complimentary click and collect service, perfect for those living, working or just stopping by the vicinity of our Chelsea or Marylebone stores. Regrettably, this service is not available for larger furniture orders.
Santa & Cole Office Lighting
Skip to the end of the images gallery 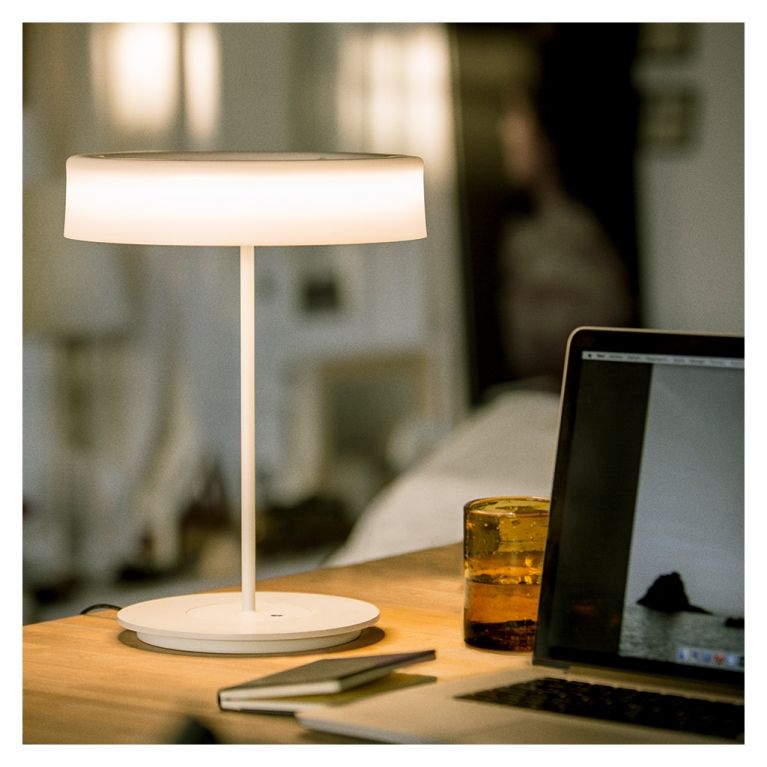 Beautifully lacking adornment or fuss, the white Sin Table Lamp is a simple, sculptural light source taking its name from the Spanish word for ‘without’.

Designed by Antoni Arola for Santa and Cole, the Sin Table Lamp is a striking design that showcases the simplicity and functionality of LED technology, featuring a ring of light that can be diffused with a removable shade.

In a matte white finish, the Sin Table Lamp can be dimmed to suit your space’s ambience with a switch housed in the base, while the lucent ring of LEDs are perfect for lighting a workspace if fully lit.

Antoni Arola is an outstanding figure in Spanish design, creating beautifully versatile pieces including the Tau and Cubrik Lamps and Moaré Series, all for Santa and Cole. Winner of the Spanish Design Prize in 2003, Arola went on to create Ten Light Years, a book published by Santa and Cole, that details the inspirations behind decade of his own experiments with light.